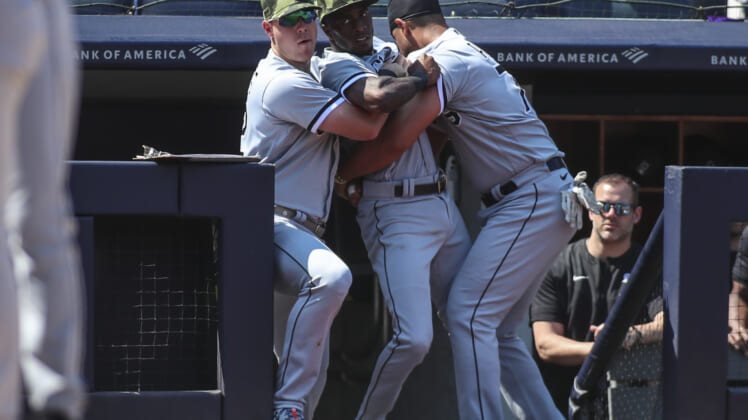 It seems the near brawl on Saturday between Chicago White Sox shortstop Tim Anderson and New York Yankees third baseman Josh Donaldson may have had some racist undertones involved.

During a Saturday afternoon matchup in the Bronx Anderson and Donaldson had an uncomfortable exchange in the infield as an inning came to an end. The pair got very close and had some strong words for each other before teammates ran in between them to diffuse the situation.

The two already had heat after a May 13 matchup where Donaldson got a little too physical on a tag at the hot corner. It seems that whatever the Yankee 3B said today had made its way around the White Sox dugout and bothered catcher Yasmani Grandal.

The next time Josh Donaldson came to the plate, more strong language was exchanged but this time between Donaldson and Grandal. The benches eventually cleared and Anderson had to be physically held back by a couple of teammates from going after Donaldson.

Following the game, members of the media made a bee line to Tim Anderson’s locker to get the low down on the latest issues between him and the Yankee infielder. And it seems that Anderson revealed the “disrespect” he felt when Donaldson sarcastically called him “Jackie” several times.

In his own post-game media scrum, Donaldson confirmed he did make the reference and explained that it was used after Anderson dubbed himself as today’s Jackie Robinson during a 2019 interview with Sports Illustrated.

Racist undertones led to skirmish between White Sox and Yankees

Anderson claimed the “Jackie” reference happened earlier in the game, but when it occurred once more in a later inning, he was unwilling to let the remark slide. 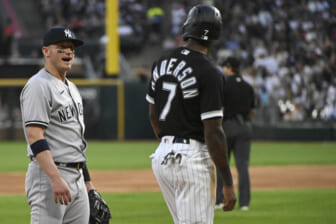 Clearly, Donaldson has some sort of issue with Anderson. In most cases, his “Jackie” comment would seem reprehensible. However, due to the Anderson interview from 2019, the situation is complicated but uncomfortable nonetheless.