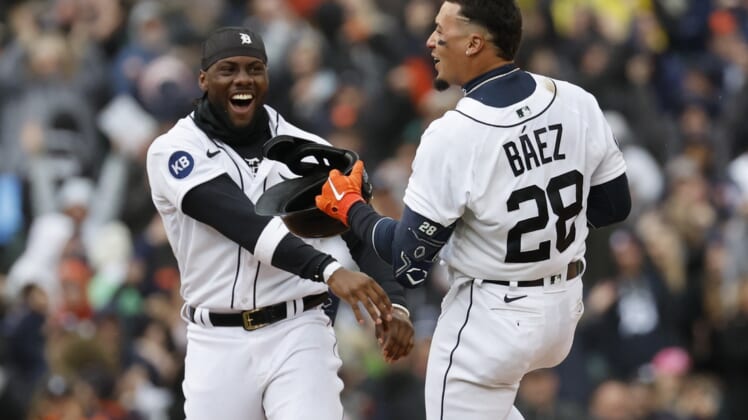 Baez said he jammed his thumb celebrating the Tigers’ come-from-behind win on Opening Day against the Chicago White Sox, in which Baez had the game-winning hit. He aggravated it a few days later and hasn’t played since Monday.

His placement on the injured list is retroactive to April 13. The Tigers have yet to announce the corresponding move.

“The more he’s sore, the more it gives me pause to put him back in there,” Tigers manager A.J. Hinch told reporters Saturday, before Baez was placed on the IL. “It takes one swing to blow this thing back up to where we were four, five days ago. It’s really tricky with thumbs.”