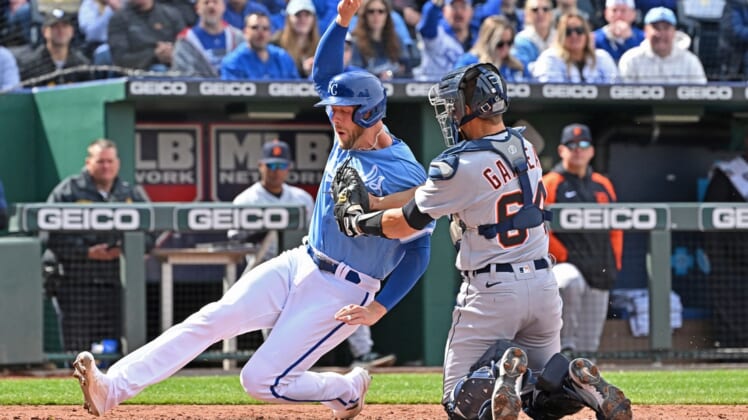 Sunday’s finale of a four-game series between the Detroit Tigers and host Kansas City Royals was postponed due to inclement weather.

The game between the American League Central rivals will be made up as part of a split doubleheader on July 11.

The Tigers posted a 4-2 win over the Royals on Thursday and a 2-1 victory the following night. Kansas City, however, snapped a five-game skid with a 3-1 triumph on Saturday.

The Royals are scheduled return to action on Tuesday in the opener of a three-game series against the visiting Minnesota Twins.

The Tigers open a three-game series versus the visiting New York Yankees on Tuesday.