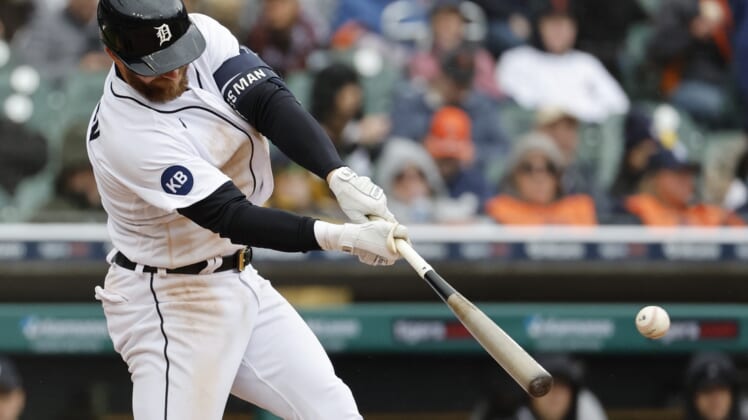 Tigers manager A.J. Hinch is worried it could be a more serious setback.

“Right groin tightness is what he reported,” Hinch told reporters. “We fear it’s a little more of a strain, which would lead to more of an issue.”

Hinch said a strain would likely lead to Grossman being placed on the 10-day injury list.

Grossman was injured in the fifth inning while on the basepaths. He was on first base and ran on a pitch in which Jonathan Schoop hit a foul pop-up to third. Grossman slid into second base and got up and retreated for first but was thrown out.

“I don’t know if it was the change of direction at second base or what,” Hinch said. “He went out for defense, came back in (after the inning) and immediately went to (trainer Doug Teter).”

Victor Reyes replaced Grossman in the field in the top of the seventh.