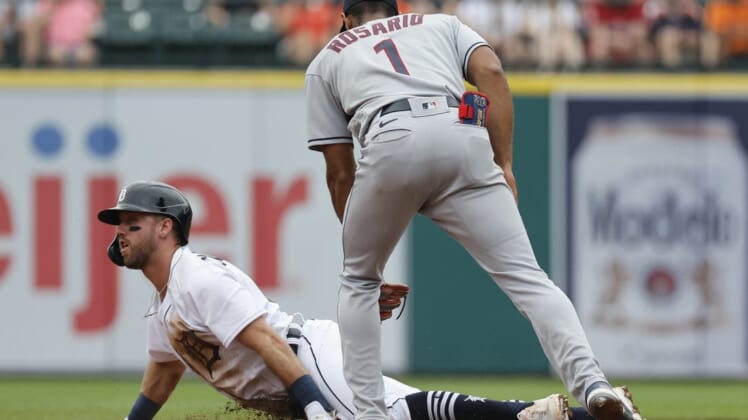 Miguel Cabrera drove in three runs, Kody Clemens homered and the host Detroit Tigers completed a four-game series sweep of the Cleveland Guardians with an 8-2 win on Wednesday afternoon.

Clemens scored two runs and drove in two more as the Tigers matched their longest winning streak of the season.

Tucker Barnhart reached base three times, scored a run and knocked in another, and Javier Baez scored two runs.

The Guardians took the lead in the second when Reyes hit his seventh homer of the season over the right-field wall.

Detroit moved in front 2-1 in the bottom of the inning. Jonathan Schoop led off with a single and stole second. He scored on Clemens’ one-out single. Clemens also stole second and scored on Barnhart’s two-out single to center.

Cleveland tied it in the fifth. Ernie Clement and Sandy Leon led off the inning with back-to-back singles. Myles Straw hit into a double play with Clement advancing to third. Steven Kwan then ripped an RBI double to left.

Detroit answered with three runs in the bottom of the inning to make it 5-2. Spencer Torkelson led off with a single and Barnhart drew a walk. One out later, Baez hit an opposite field single to knock in Torkelson. A Robbie Grossman groundout put two runners in scoring position for Cabrera, who singled to right to score Barnhart and Baez.

The Guardians had two runners on with two out in the seventh but reliever Michael Fulmer snuffed out the threat by inducing an Amed Rosario flyout.

With James Karinchak on the mound, the Tigers increased their lead to 7-2 in the seventh. Baez drew a leadoff walk and Grossman smashed a run-scoring triple to right center. Cabrera brought home Grossman with a sacrifice fly.

Clemens led off the bottom of the eighth with his third homer of the season.