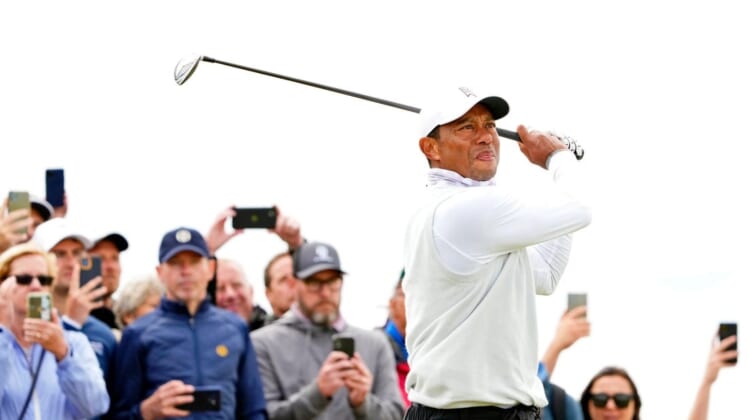 Tiger Woods has returned to the golf course — well, in video game form, at least.

Woods on Wednesday was revealed as the cover athlete of PGA Tour 2K23, which is expected to be released later this year.

“Excited and honored to be the cover athlete for #PGATOUR2K23,” Woods wrote on Twitter. He shared artwork that showed him wearing his signature Sunday red golf shirt and also noted more information would be available on Monday.

Woods’ placement on the cover likely should come as no surprise, considering the 15-time major and the PGA Tour 2K franchise entered a long-term partnership in March 2021. That came nearly one month after Woods sustained career-threatening leg injuries during a one-car accident in the suburbs of Los Angeles.

“I am looking forward to making my return to the video game landscape, and with 2K and HB Studios, I’ve found the right partners to make it happen,” Woods said in a statement at the time released by 2K. “I’m honored to take part in this opportunity and look forward to sharing my expertise and insights as we build the future of golf video games together.”

Woods is on the cover of a video game for the first time since EA Sports’ “Tiger Woods PGA TOUR 13.” He stood next to Arnold Palmer on that cover.