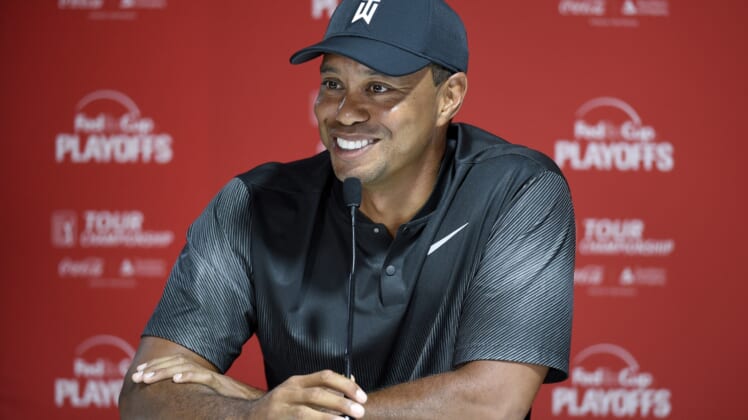 Following his rousing win at the Tour Championship on Sunday, Tiger Woods is being seen as a legitimate major contender. So much so that the odds of him breaking Jack Nicklaus’ record of 18 major championships is seen as a doable feat once again.

Woods is currently 42 years old. He’s been struck at 14 career major titles since beating out Rocco Mediate in the famous playoff at Torrey Pines during the 2008 U.S. Open.

So, he has time to get the job done. Whether his body holds up well enough, and his game stays sharp enough for long enough, remains to be seen.

It’s worth noting that Woods is currently the betting favorite to win the next major on the calendar — the 2019 Masters — with 9/1 odds.