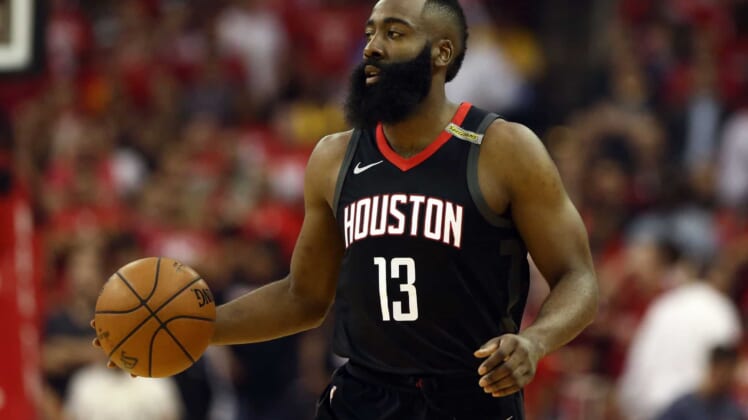 Houston Rockets guard James Harden is doing things that we’ve not seen around the NBA since Wilt Chamberlain some 55 years ago.

The likely MVP just dropped 58 points in an overtime loss to the Brooklyn Nets. It’s the second consecutive game that Harden has put up 55-plus points. He’s the first player since Wilt to accomplish this feat.

Equally as impressive, Harden has scored 30-plus points in 18 consecutive games. Again, he’s the first player since Wilt to do this. That’s ridiculous stuff right there.

It’s also a clear indication that the Rockets are reliant on Harden to do pretty much everything. This following piece of information from ESPN Stats & Info tells us this story. All 115 points Harden has scored over the past two games were not assistant on.

James Harden has scored 115 points over his last 2 games.

None have been assisted on. pic.twitter.com/9xc7wb1G2z

Having All-Star point guard Chris Paul sidelined has certainly played a role in this. It’s not as much about Harden looking to play hero ball. There’s really no other option to keep his Rockets afloat. After all, losing a game when your top player scores 58 points is somewhat embarrassing.

Team-wide issues aside, Harden has just been stupid good. He’s averaging 42.2 points, 7.6 rebounds and 9.1 assists over the past 18 games. Folks, that’s 22 percent of the regular season right there.