The good and bad from Super Bowl Week

It’s been a roller coaster of a Super Bowl week that kicked off with a first-ever “Super Bowl Opening Night” that took place Monday evening.

Between the interviews and star-studded appearances, the players have also had to juggle in some final practice sessions to become as prepared as possible to compete for the Lombardi on Sunday.

Headlines created at the podium and on the practice field, intermingled with some drama from one troubled NFL player, highlight the good and bad from Super Bowl week.

Watch out Carolina Panthers defense because “The Sheriff” is coming to town.

According to reports from those who monitored Peyton Manning in practice on Thursday, he was “on fire.” Arm strength didn’t seem to be an issue when Manning completed three deep passes to Demaryius Thomas, Emmanuel Sanders and Andre Caldwell. Reportedly, he tossed only one incompletion.

Denver Broncos head coach Gary Kubiak concurred with the comments of the pool reporters when he said this of Manning, per Peter King.

“This is as good as he’s looked all year long.”

If Super Bowl is Manning’s final game, it sure would be awesome for fans to see him nail a few long passes just like he did in the good old days.

Bad: ‘The reporter’ who asked Cam Newton about his socks and sandals

When presented with one opportunity to ask a Super Bowl quarterback anything about his journey to the Championship game, this reporter chose ask Cam Newton about his choice of footwear.

Reporter: "Why are you wearing socks with sandals?"

Cam: "Why are you wearing jeans with shoes?" #SB50 https://t.co/qd0raYDNSB

This is apparently what one reporter decided was of the utmost importance when Cam showed up to the podium wearing socks with his sandals. A bit baffled by the question, Newton responded flippantly, per NFL.com.

“Why are you wearing jeans with shoes?”

We all know that Newton wears whatever he darn well pleases at the podium. So his attire should really come as a surprise at this point. Sure enough though, Newton’s feet have now overshadowed his crazy Versace traveling pants in news headlines.

Maybe next time around, the reporter might dig a bit deeper and ask about something that actually is relevant to the Super Bowl. 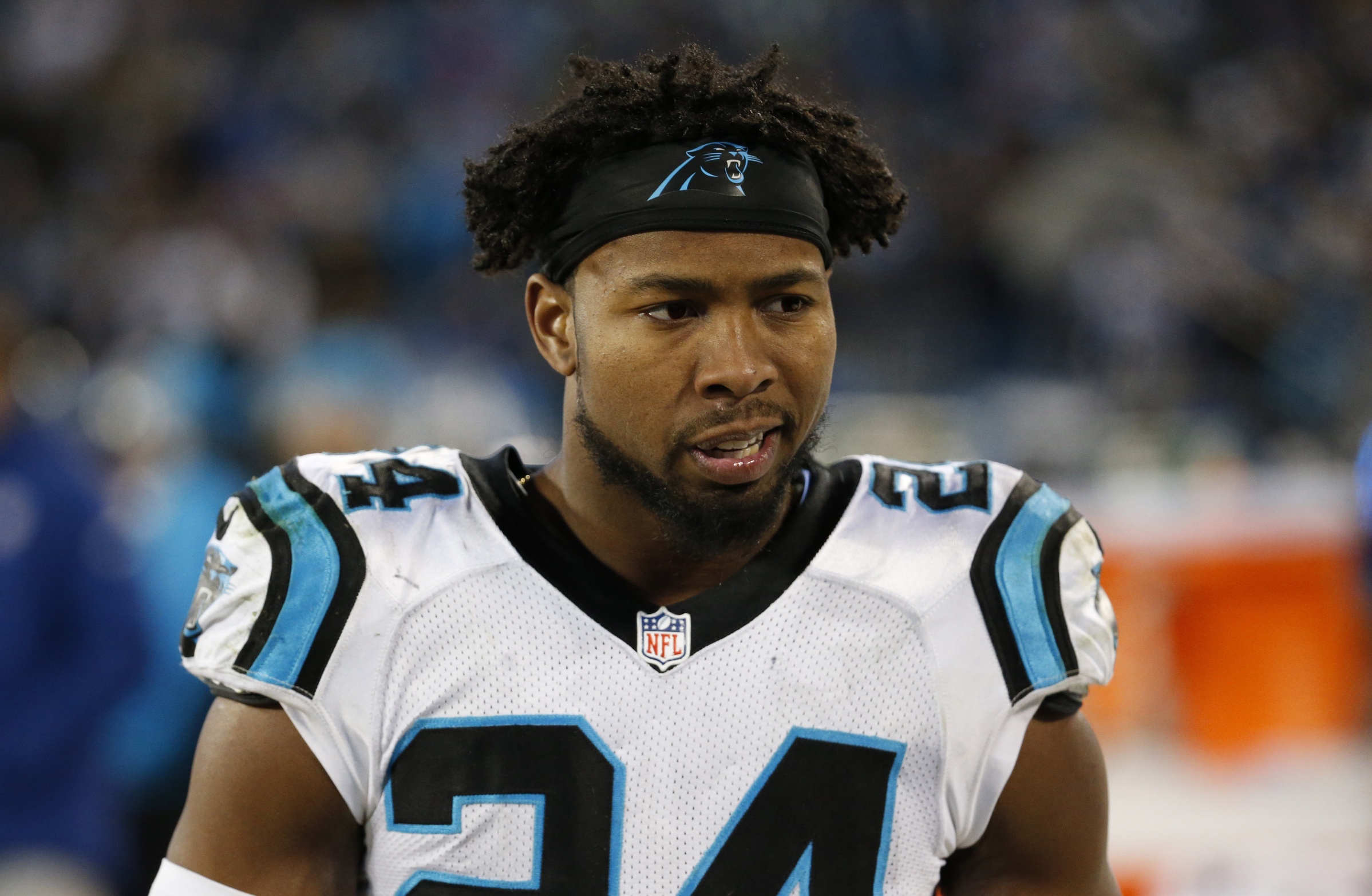 A couple of guys from both sides are already in combat mode and it isn’t even Sunday.

With the tension of the big game thick in the air, Panthers cornerback Josh Norman has had much air time to speak his mind during the week. When Norman was asked by Conor Orr of NFL.com about who his greatest non-football hero is, he mentioned the “Ultimate Warrior” and said he wants to be that guy.

When Norman’s “Ultimate Warrior” comment was brought up to Emmanuel Sanders, he rolled his eyes, per Orr. Then he claimed that Norman has “talked his way into the media.”

Word got back to Norman, and the battle anew when he responded to Sanders’ comment.

“You have to be pretty darned good at what you do to talk your way into the spotlight. I’m sure if you’re not good, you’re not recognized as one of the best, and I guess people don’t want to know about that person. So I don’t know where he got that one.

“I haven’t been hearing much about him, so obviously he might want to go back and practice some more.”

“I don’t have any thoughts on the guy except: see you on Sunday. And I don’t know if I will. I guess that’s why he’s doing all the talking. I haven’t heard much from 88 so that’s good.”

Are viewers going to get a good dose of the two parties pushing the fine boundaries on Sunday? Or will the guys keep their composure and good sportsmanlike conduct in check? The clock is ticking down on that answer.

Favre looked like he just rolled out of bed to show up for an interview with Scott Hanson of NFL Network to discuss his impending induction into the Hall of Fame.

Wearing jeans, a white t-shirt and a hoodie, Favre’s lazy look distracted from the real purpose of the interview. Furthermore, his mountain man beard has made a return.

A #SB50 interview on @nflnetwork w a man 2 days away from becoming a Hall of Famer … @Favre4Official pic.twitter.com/U7GKqtkOfi

All joking aside, Favre, who had an stunning NFL career highlighted with prestigious awards and milestone setting numbers, should be a lock as a first-ballot Hall of Famer.

“Yes, I’ll be shocked if he’s not unanimous.”

Many congratulations are in order for Favre, who is sure to be dressed a tad more upscale for his big night.

Peyton Manning isn’t the only NFL player constantly plagued with questions by reporters about retirement.

Seattle Seahawks running back Marshawn Lynch’s NFL future is also in limbo, and he too is drawing his fair share of retirement buzz. However, rather than taking Manning’s approach of ambiguous responses and rodeo talk, Lynch had a direct and epic answer to one nosy reporter’s question per TMZ Sports.

When Lynch was asked if he was coming back next year, he gave a NSFW answer:

Lynch’s brash response was a little surprising considering he usually remains quiet and even unresponsive at times.

After an embattled 2015 season that saw Lynch’s production take a nosedive while an abdomen injury prevailed, his future with the Seahawks is very much in doubt. 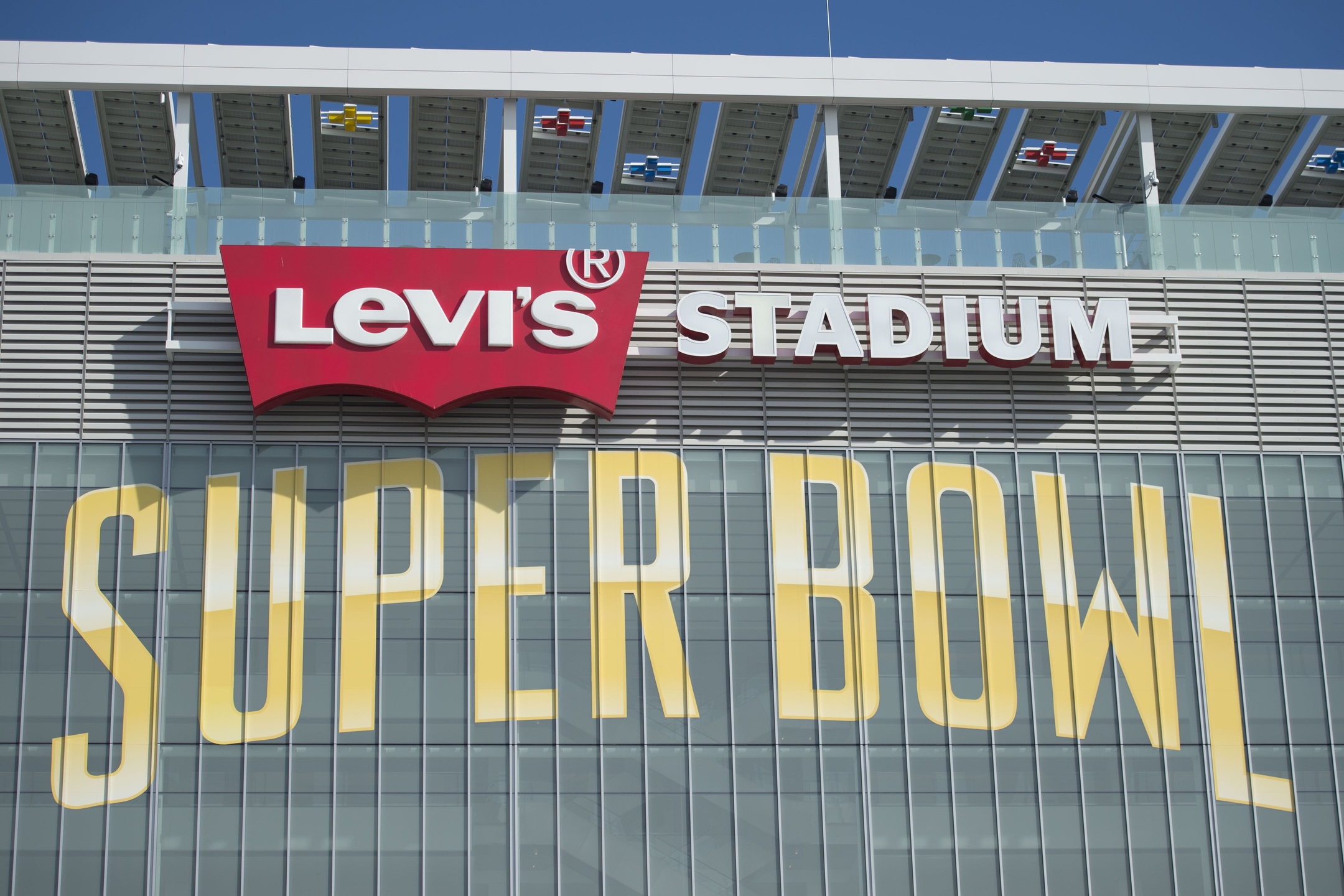 If money is a little tight after forking over thousands to purchase a Super Bowl ticket, pre-eating and/or pre-drinking in the parking lot before the game is highly recommended.

Already known for its outrageous concession stand food prices, Levi’s Stadium actually raised its prices for Sunday’s game. According to the Super Bowl 50 Stadium app, a bottle of water and a slice of pizza will set you back $17 (h/t Lindsey Foltin of Fox Sports).

Furthermore, if you’re interesting in adding a Premium draft beer to that meal, tack on another $15.

On the flip side, to make spending loads of money even easier, food and beverages can be ordered directly from the app for in-seat delivery. The only reason to stand up would be for a much-needed trip to the restroom.

Defensive end Jared Allen was unable to play in the NFC title game, and veteran linebacker Thomas Davis missed the second half after he broke his arm.

However at this time, the two are healthy enough to play in what is their first Super Bowl.

Davis, an 11-year member of the Panthers, is on the mend from a fractured right forearm. He’ll be suiting up and actually playing with a plate and 12 screws to keep everything in place.

As for Allen, he will be playing after recently breaking his foot. Allen joined the Panthers in Week 4 of the 2015 season after being released from Chicago Bears. And boy did he land with the right team.

With both Allen and Davis on the better side of 30, being able to participate in what could be their only Super Bowl makes the experience all the more precious.

Leave it to Johnny Manziel to hit rock bottom right in the middle of all the Super Bowl hubbub.

While NFL headlines should be focused on the Panthers and Broncos, Super Bowl commercials and half-time show, Manziel has been stealing plenty of limelight along the way.

Did he purposely wait until the week before the Super Bowl to suffer his worst case of Johnny be bad? This time instead of posting partying videos and running around in cheesy disguises, Manziel’s behavior has gone completely out of control.

With allegations by his girlfriend that he hit her multiple times and threatened both their lives while high on a substance, Manziel definitely pulled the fire alarm with full force this time in an event that included a helicopter chase.

Since then, Manziel’s agent has cut ties with him and the Browns indicated their plans to release him in March. Manziel’s dad is worried his son won’t see his 24th birthday and a protective order prohibiting him from seeing his girlfriend for two years has been filed.

At this point, where he might land after Cleveland cuts him is hardly worth talking about. The best course of action would be for him to completely abandon football at this time so he can get healthy.