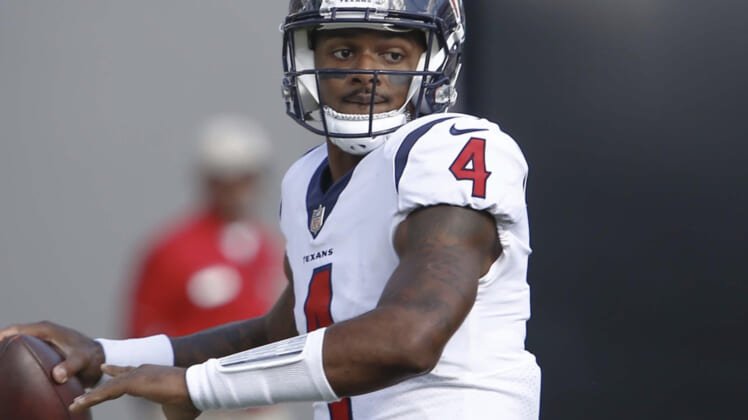 The Houston Texans have picked up the fifth-year option for the 2021 season on franchise quarterback Deshaun Watson, as expected.

Field Yates of ESPN shared the news on Monday night.

Watson, who will make a base salary of just $1.17 million in 2020, will earn $17.3 million on the fifth-year option in 2021 if no long-term deal is reached. To that point, the Texans are reportedly working to extend Watson’s contract before that ever becomes an issue.

The young quarterback is set to enter his fourth year as a pro. Since being selected No. 12 overall out of Clemson in 2017, Watson has thrown for 9,716 yards with 71 touchdowns and 29 interceptions, adding 1,233 yards and 13 touchdowns on the ground in 38 regular-season games.