Bob McNair: Jerry Richardson could have been joking, and ‘didn’t mean to offend anybody’ 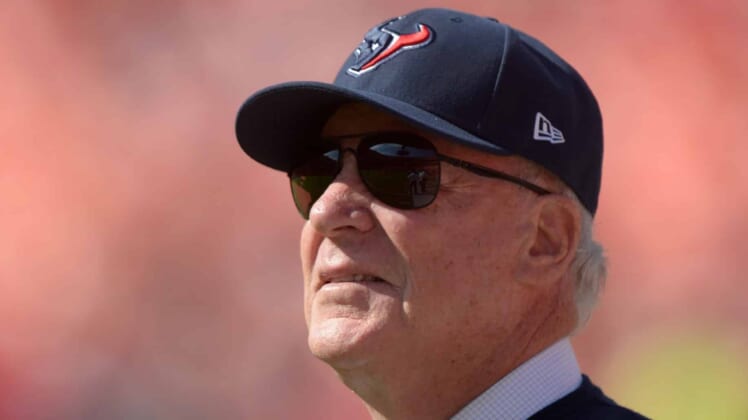 Jerry Richardson is the former owner of the Carolina Panthers after news broke last year that he was being investigated for workplace misconduct. On Sunday, Houston Texans owner Bob McNair stuck up for Richardson as owners arrived for the Annual Meeting.

According to Jarrett Bell of USA Today, McNair said, “Some of the comments could have been made jokingly. I’m sure he didn’t mean to offend anybody.”

L. Jon Wertheim and Viv Bernstein of Sports Illustrated were the first to break the story of the investigation into Richardson’s alleged misconduct. They uncovered that at least four former Panthers employees had been paid off with “significant” monetary settlements due to inappropriate comments in the workplace by Richardson, who is also accused to have uttered a racial slur at an African-American Panthers scout.

According to the SI.com report, Richardson would ask women in the team offices to “turn around so he could admire their backsides” on Casual Friday, along with other “disturbing” office behavior.

The Panthers are currently in the process of finding new ownership. The bidding is fierce, and reportedly is expected to set a record at over $2.5 billion.