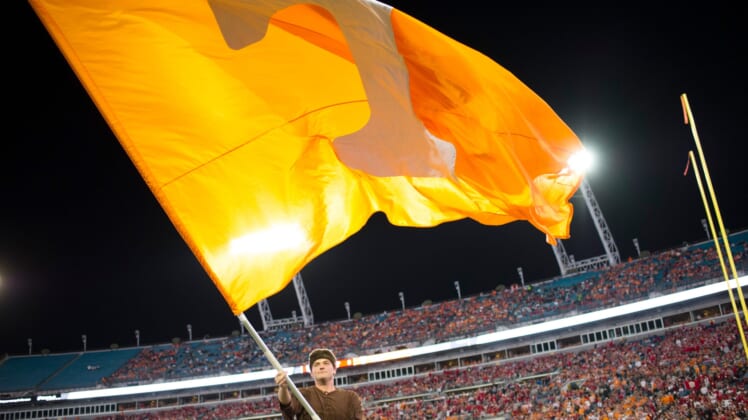 Universities across the country are discussing ways to help create positive change to fight against racism and inequality. Now, the University of Tennessee’s football team might have found a creative way to make their own contributions this season.

On Thursday, Tennessee Volunteers football coach Jeremy Pruitt told reporters the team is discussing their own way of helping be a part of change across the country.

Players have suggested bringing back the team’s alternate black jerseys that the program debuted in 2009 under head coach Lane Kiffin. The iconic look would return on Nov. 3 when the Volunteers hosted the Kentucky Wildcats at Neyland Stadium.

The game-worn jerseys would then be auctioned off to fans with the money donated to help support the Black Lives Matter movement.

“One of the things we want to do is when we play the Kentucky game, we want to wear black jerseys. When the game is over with, we want to find a way to auction the jerseys and raise money for Black Lives Matter,” Jeremy Pruitt said, via RockyTopInsider. “That’s just one thing that our kids have talked about.”

The proposal has drawn the support of the team and Pruitt, but will need to be approved by the unevrsity and the athletics department. Given how many programs are looking to reshape their image and attempting to show they are part of a positive change, this could be a great step for Tennessee and would be a creative way of going about it.