Explosive playmakers are what makes the NFL fun, and the top playmakers in the NFL are spread throughout the league. The top-10 guys have shown the ability to attack defenses from all over the field and can explode for chunk yardage at will in their own way.

The likelihood of an offense scoring a touchdown when there is a 20-plus yard play is heightened, making these playmakers that much more important. NFL offenses are about scoring, and playmakers are the quickest way to a touchdown.

When looking at playmakers, you can’t ignore special teams and the return game. Crowder has been a unique addition to this list because of his punt return abilities. On top of his six 20-plus yard receptions and five touchdowns through the air, he’s also racked up four 20-yard punt returns including two that went for 40-plus yards.

Crowder may not be the fastest, biggest or strongest receiver or returner in the NFL, but he’s a playmaker. His insanely good vision is at play on this 85-yard punt return shown in the link above. He looks like he’s dead to rights at the beginning of the return but eludes almost every defender on his way to the end zone. That’s just something a playmaker does.

A running back breaking out and becoming a playmaker five games into the season isn’t something that is expected. But Jay Ajayi did just that for the Miami Dolphins. They finally realized he’s a talented running back who deserved a shot. And there was something that made them realize it. Sometimes, it’s a single run that changes the tide.

And sometimes, it’s not a single run, but a single game that announces what kind of a playmaker someone is to the world. For Ajayi, it was his second 200-yard performance in a row that cemented him into the starting role for the Dolphins. Gaining 200 yards and averaging over 7.5 yards per carry for a second straight game is something a playmaker does.

I know what you’re thinking. A quarterback? And a pocket passer at that?

The ability to distribute the ball to so many different playmakers makes someone a playmaker in his own right. Much like Peyton Manning was able to look like one back in the day, Ryan has shown a competence to make plays with his arm that have given the Falcons arguably the best offense in the NFL. Leading an explosive offense is something a playmaker does.

The San Diego Chargers got a good one in Melvin Gordon, last year’s first-round pick. Gordon has been the key contributor to their offense with his 1,184 yards from scrimmage and 11 touchdowns this season. On top of that, he leads all running backs in the NFL with 13 20-yard plays with three of those going for 40-plus yards.

This is his THIRD TD of the day! #SDvsATL #Chargers https://t.co/AtIUSI9b2V

Sometimes, the best playmakers are just able to attack the empty spaces on the field because of vision. As you can see in the play above, Gordon scores a third touchdown of the day on a play where he’s wide open after just finding a soft spot in the zone. Gordon’s vision to see where he can attack a defense is just something a playmaker does.

David Johnson is the best playmaker on an Arizona Cardinals roster that includes Larry Fitzgerald, John Brown and Patrick Peterson. His ability to create with the ball in his hands is unparalleled and is a big reason why he’s currently second in the NFL in yards from scrimmage with 1,213 total yards. He also has 12 different 20-yard plays from scrimmage with three of those going for 40-plus yards.

Sometimes, playmakers have to convert first downs by jumping over other humans. Johnson showed a lethal combination of his play-making ability on this single play by catching the ball out of the backfield on a bad throw, hurdled one defender right as he turned around and then juked the best middle linebacker in the game to secure a first down. Just something playmakers do. 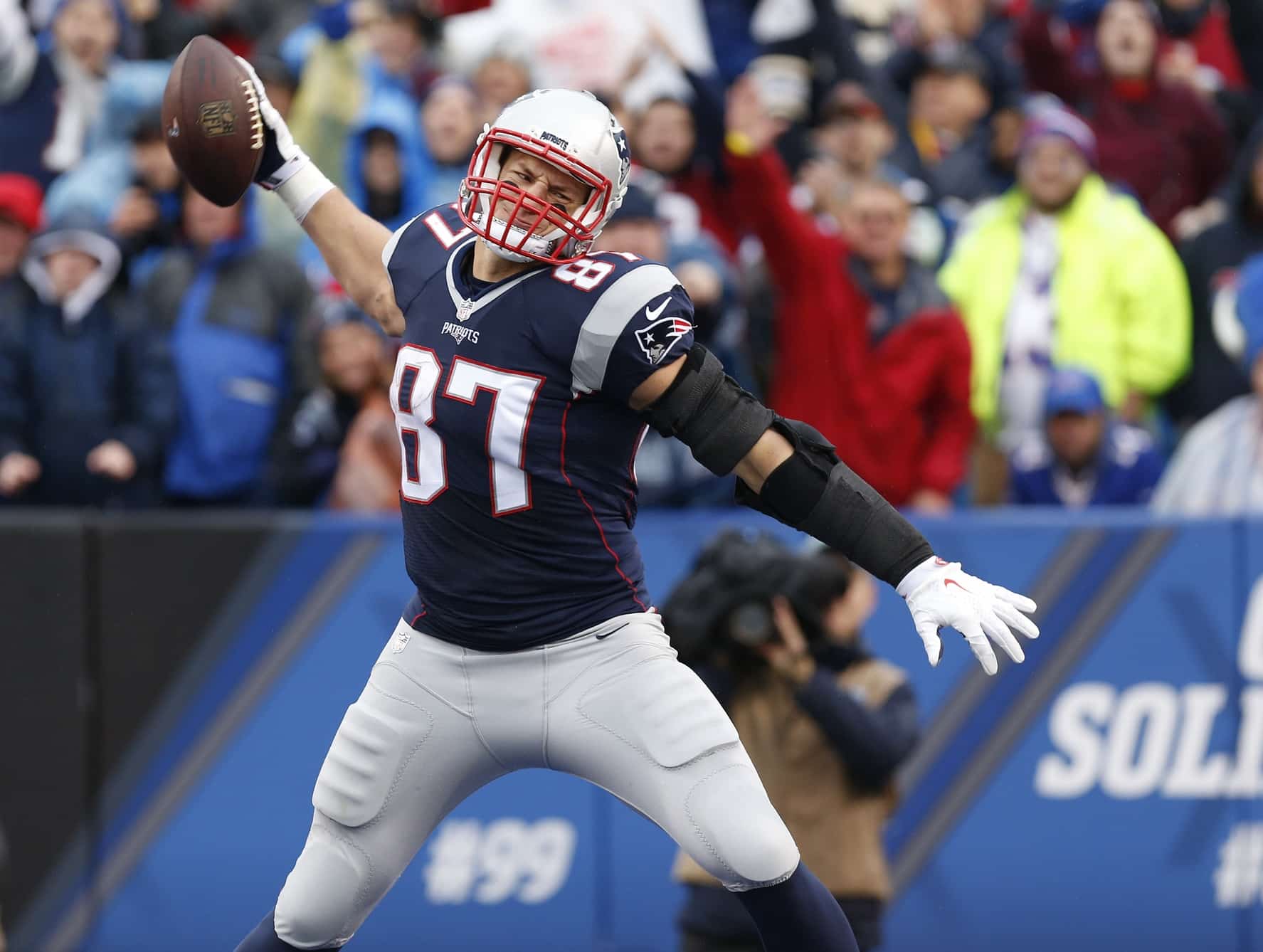 There are few tight ends who can attack a defense the way Rob Gronkowski can—and that’s from an historical standpoint, not just in today’s NFL. How many 6-foot-6, 265-pound guys can attack a defense from in the slot and burn a cornerback? Historically? Yeah, just one. Gronk.

Gronkowski did just that against the cornerback in the video link above. After the great Tony Gonzalez, Gronk’s the best tight end to ever play the position. On top of that, how many playmakers block to the same caliber that Gronkowski does? A playmaker just uses his freakish athleticism and size to destroy defenses.

The ability to make a catch look easy is something that is lost when highlight videos are made, but it isn’t lost when seeing how good of a playmaker someone is. Amari Cooper has a tendency to make some catches just look so simple despite them being tough, over-the-shoulder catches or balls that are thrown behind him that are reeled in.

There isn’t a single catch that Cooper makes that really describes what he can do on the field. But his game against the Buccaneers shows why he will soon be considered one of the top five receivers in the NFL and why he’s one of the best playmakers out there. His ability to make things look easy is just what a playmaker does.

There are a few wide receivers in the NFL who are better than A.J. Green as a whole, but few players are better as a deep threat within an offense. He currently leads the NFL in 40-plus yard receptions and has the ability to burn any defense effectively. One of the best things Green does is high-point a ball as seen in his Hail Mary catch versus the Browns:

Watch: A.J. Green with the catch of the year on Hail Mary

Few receivers can be relied upon for a touchdown in this situation, but A.J. Green just goes up and gets the ball and makes the defense look silly. His ability to do this makes him a top playmaker in the NFL and someone who should be game-planned against. Attacking defenses downfield is just something a playmaker does. 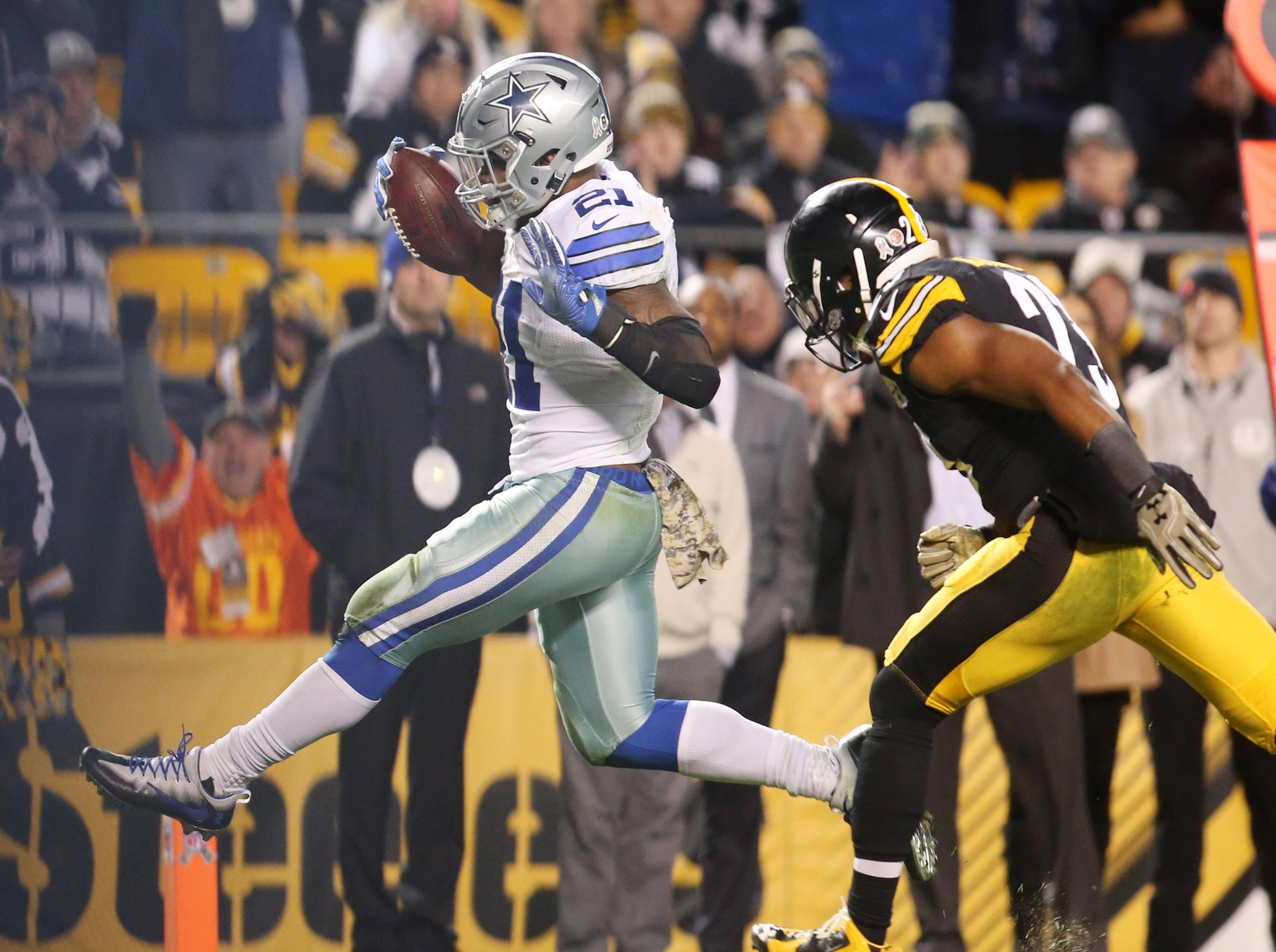 The Cowboys spent their No. 4 overall pick in the draft expecting to get one of the best playmakers in the draft in Ezekiel Elliott. They didn’t expect him to be one of the best playmakers in the NFL as a rookie, though. The former Ohio State back is third among NFL running backs in 20-plus yard plays behind David Johnson and Melvin Gordon and leads the NFL in yards from scrimmage.

Nothing describes what Elliott can do outside of the 32-yard touchdown he had against the Steelers. Elliott found the hole easily, burst through it and then covered a ridiculous amount of ground to get to the end zone in just a couple of seconds. Being able to break out for a big gain and a touchdown in a clutch situation is just something a playmaker does.

Julio Jones is easily the most-explosive player in the NFL. While most players have just a handful of 20-plus yard plays through a 10-game span, Jones has a whopping 21 of these plays. On top of that, five of those have gone for 40-or-more yards. Jones also has the ability to score from anywhere on the field as evidenced by his 75-yard touchdown against the Panthers.

Jones can create yards after the catch like the play above, or he can haul in the deep passes using his exceptional body positioning and speed to get behind a defense. He can also bully defensive backs on catches in traffic with his 6-foot-3, 220-pound frame. The ability to score from anywhere on the field is just something a playmaker does—especially the best playmaker in the NFL.