Now at the season’s midway point, there is a lot we can take away from what has happened around the NFL since the start of the regular year.

The New England Patriots and Denver Broncos remain perched atop the AFC. Meanwhile, both the Dallas Cowboys and Oakland Raiders have surprised the masses.

Coupled with some major disappointments, these surprises have also led to a vast amount of pretty absurd stats heading into the second half of the season.

From a Detroit Lions pass defense that’s been torn apart to a running back in Arizona that finds himself absolutely dominating on the gridiron, here are the 10-most absurd stats at the midway point of the 2016 NFL season.

It’s absolutely shocking that Detroit boasts a 4-4 record and is just one game behind the Minnesota Vikings in the win column. Here’s a team that’s allowed opposing quarterbacks to put up 19 touchdowns compared to four interceptions for a 113.7 rating.

In fact, quarterbacks are completing 73.6 percent of their passes against Detroit this season, including a 70 percent mark to wide receivers. Matthew Stafford for MVP, anyone?

This Indianapolis Colts tight ends is surely flying on the radar. Maybe it is the struggles we have seen from Indianapolis thus far this season, but he’s surely not getting the hype he deserves. The Western Kentucky product has caught 31-of-36 passes for a ridiculous 86.1 catch percentage. To put this into perspective, Luck boasts a 60.8 completion percentage when not targeting Doyle on the season.

3. San Francisco embarrassing itself against the run 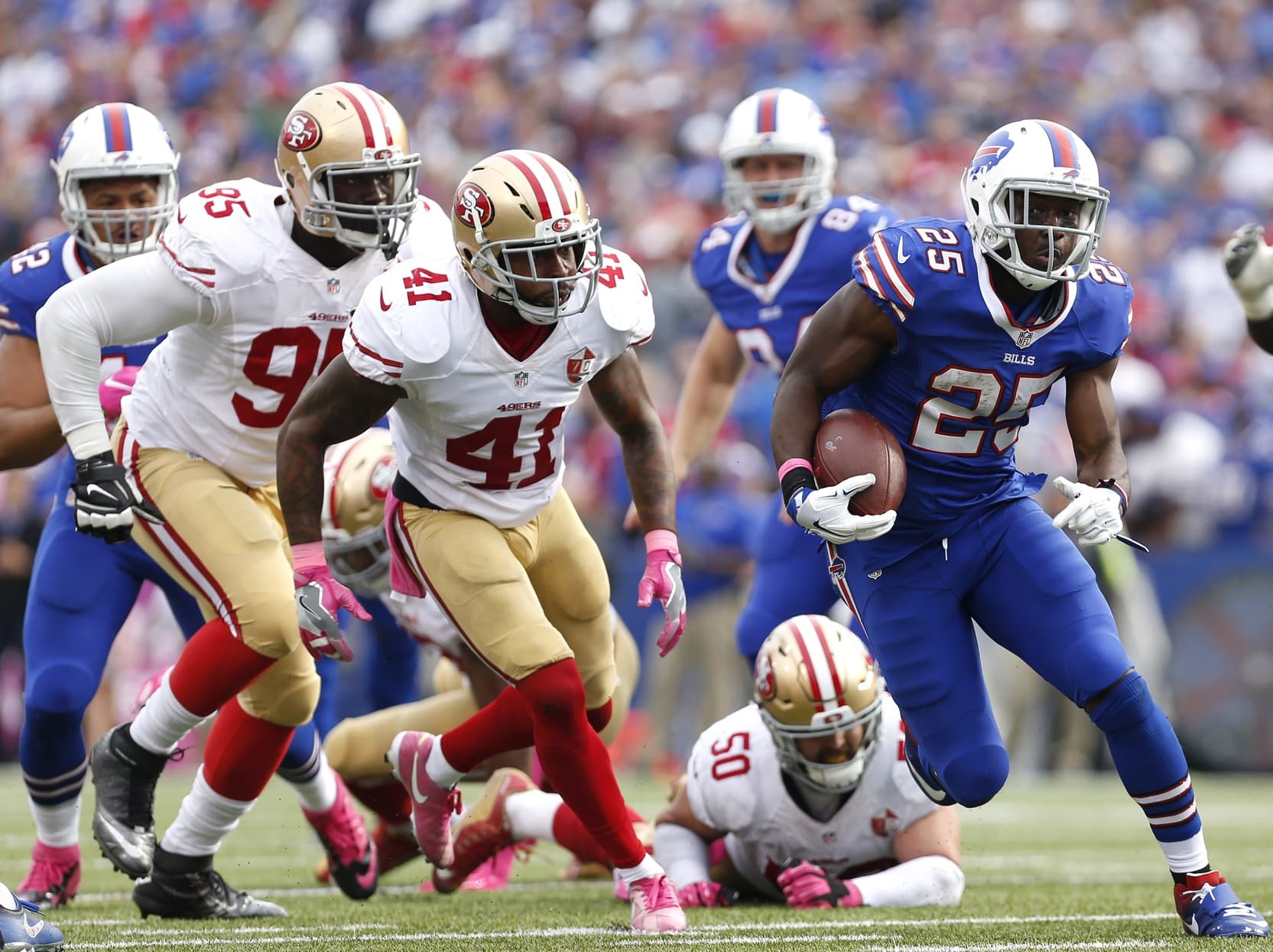 During the 49ers’ six-game losing streak, its defense has given up a total of 1,231 rushing yards. That’s just five less than the team yielded during the entire 2011 season. In fact, both the New York Jets and Green Bay Packers are on pace to allow fewer rushing yards throughout the entire 2016 campaign.

A total of 11 quarterbacks are currently on pace to throw for over 4,400 yards, including Drew Brees’ pace of 5,408 yards. For his part, Brees’ pace is just 69 yards short of Peyton Manning’s single-season record, set back in 2013. To put all this into perspective, not a single quarterback hit the 4,000-yard mark 20 years ago. 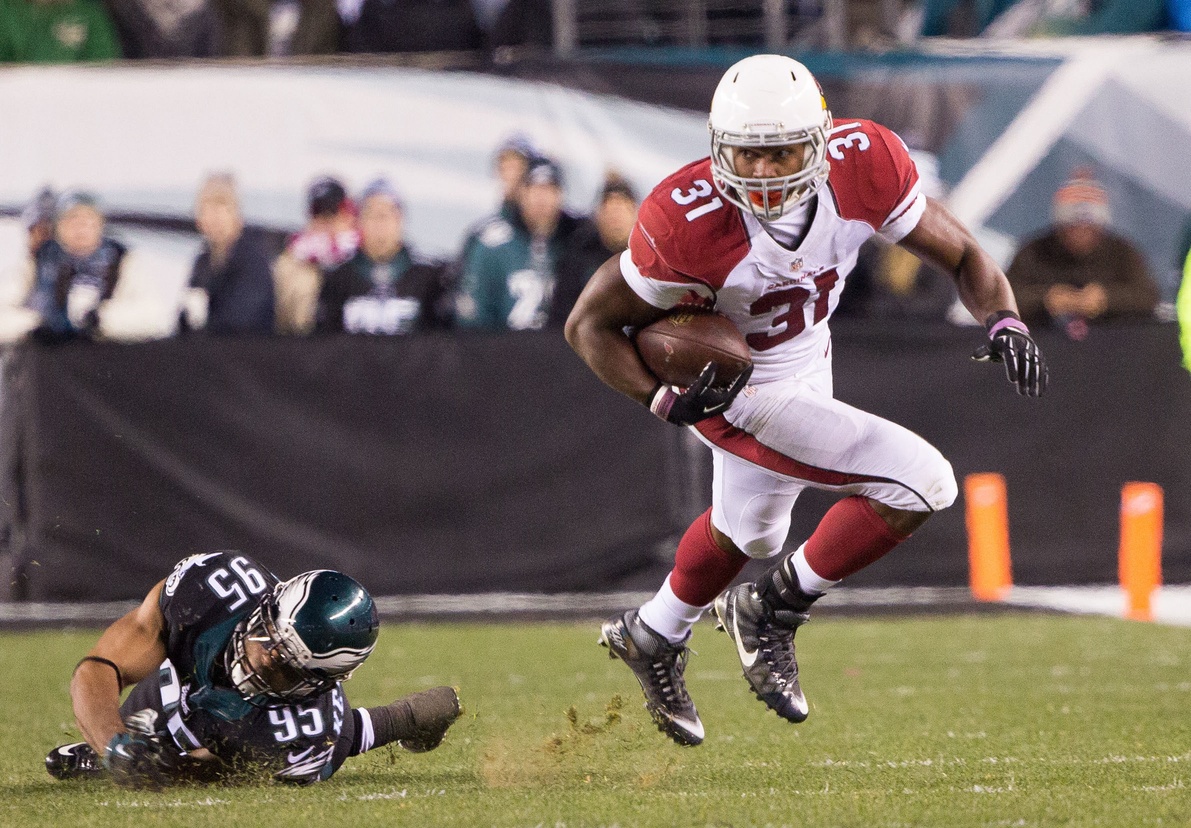 Despite “struggling” to the tune of 108 total yards last week against the Carolina Panthers, this Arizona Cardinals running back finds himself absolutely dominating the stat line. In just his second season, Johnson is on pace for 2,224 total yards and 16 touchdowns.

This Oakland Raiders quarterback enters Week 9 as a legitimate MVP candidate. In fact, some might draw the conclusion that he’s the front runner for the award. This wouldn’t be possible without elite-level protection. Carr leads the NFL with 323 pass attempts. In a shocking turn of events, he’s been sacked just nine times in eight games. That’s an average of one sack per 36.8 dropbacks.

For comparison’s sake, Andrew Luck is being sacked once every 10.1 times he drops back to pass. And we wonder why Oakland is atop its division while the Colts are struggling. 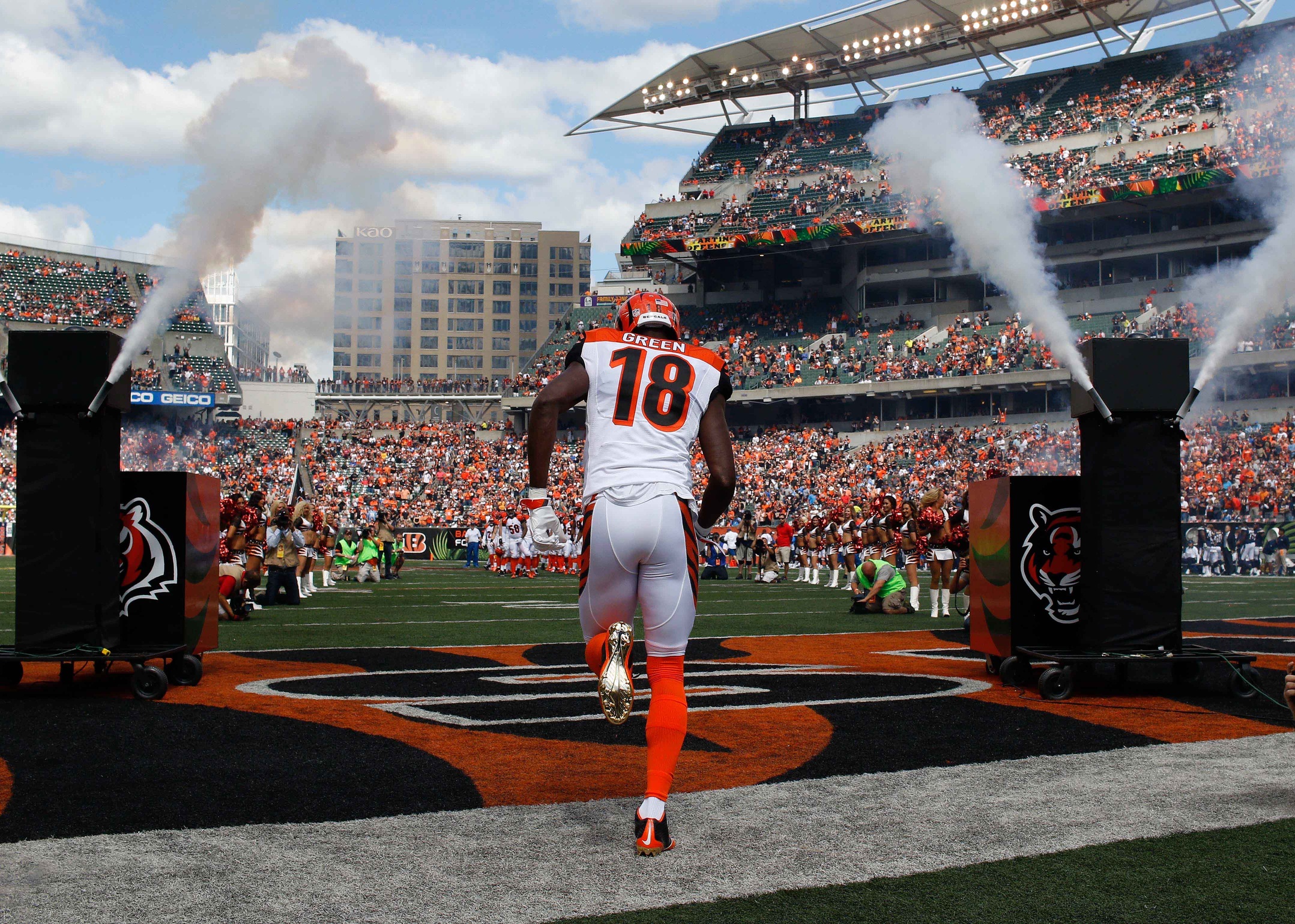 It goes without saying that offense-friendly rules in today’s NFL has played a role here. One really has to wonder just how dominating Jerry Rice would be in the modern NFL. With that said, it is absurd what receivers have done thus far this season.

A.J. Green, Julio Jones and Amari Cooper are all on pace to put up 1,500-plus yards. Combined, they are averaging 16.4 yards per reception on the season. For his part, Green is on pace to come close to surpassing Calvin Johnson’s single-season mark of 1,964 receiving yards.

What makes this absolutely shocking is the fact that it took Johnson 122 receptions and 204 targets to hit that mark. Green is on pace to catch just 86 passes on 140 targets.

Not only has Peters recorded the most interceptions (13) for a player in his first 25 career NFL games, he’s on pace to absolutely shatter some records. The Kansas City Chiefs’ Pro Bowler is averaging one interception per 1.8 games he’s played through a season and a half.

To put this into perspective, NFL’s all-time interception leader, former Washington Redskins and Minnesota Vikings defensive back Paul Krause recorded 81 interceptions in 226 games. At his current pace, Peters will top that mark early in is 10th NFL season. Of course, that’s unlikely to happen. It’s still rather amazing in the grand scheme of things. 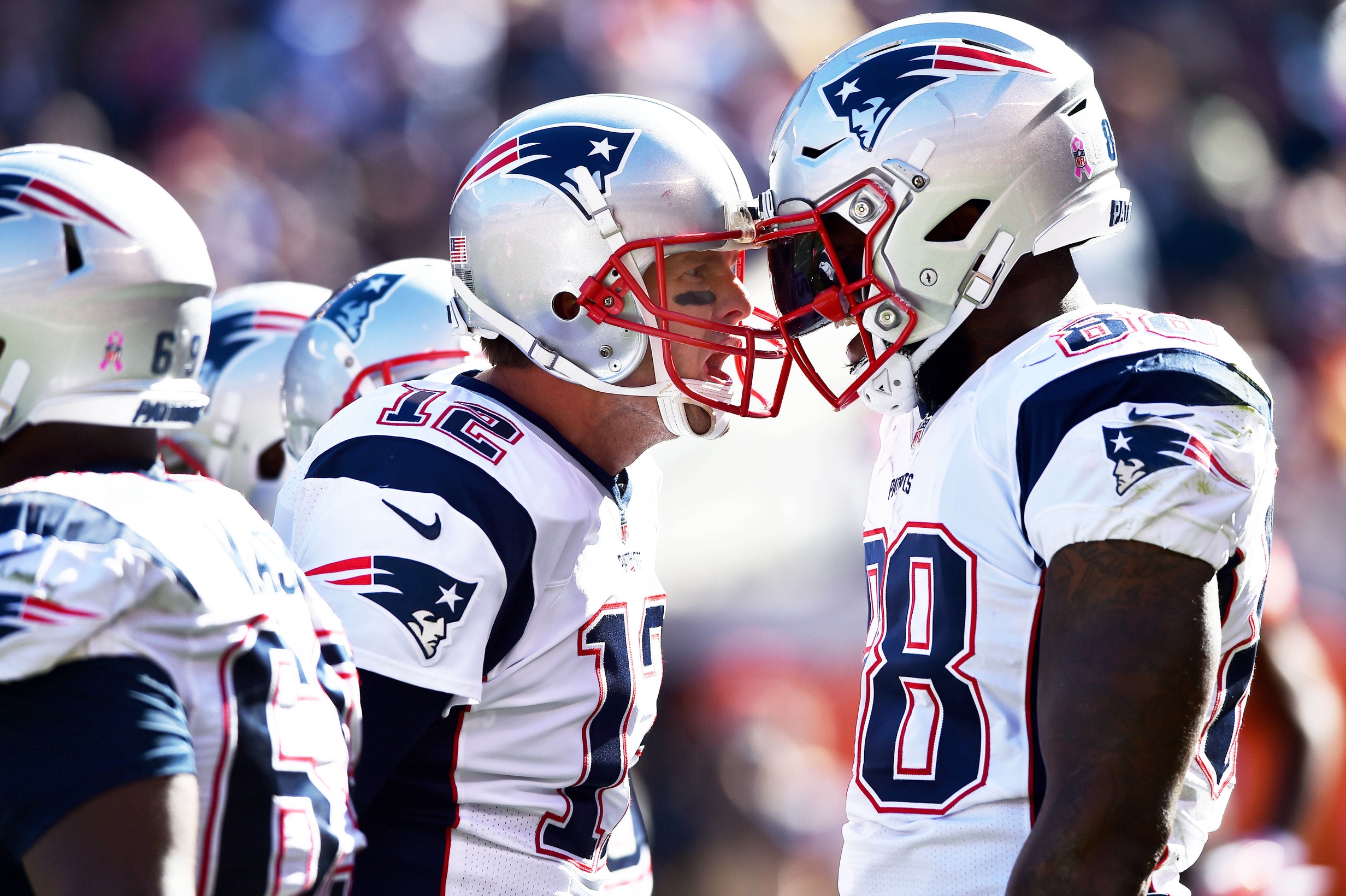 There’s not much more we can say about what this future Hall of Fame quarterback has done in his first four games since returning from suspension.

The basic stats tell us a story of a quarterback that’s playing the best football of his career. Brady is completing 73.1 percent of his passes for 1,319 yards, 12 touchdowns and zero interceptions in four games. He also boasts a ridiculous 133.9 quarterback rating.

However, we have to look past these basic numbers to really appreciate what Brady has done. He has the Pats averaging 34 points per in four games. All said, New England is scoring on 56 percent of its drives with Brady under center. Heck, Brady and Co. are averaging 10 points per game in the first quarter in his four starts.

In the midst of a six-game winning streak, the Cowboys continue to ride rookies Dak Prescott and Ezekiel Elliott to the top of the NFL. Combined, the two have accounted for 93 percent of the team’s yardage and 90 percent of its touchdowns.

Did we forget to mention that the Cowboys boast the best record in the NFC? This is something we simply don’t see happen too often around the NFL. Two rookies dominating the landscape of the league at the season’s midway mark.