Each year, one player who has performed well beyond expectations earns NFL Offensive Player of the Year honors. It is easy right now to think guys like Super Bowl champion quarterback Tom Brady have a better chance of earning the honor than an average Joe. That’s like betting on the 2:1 odds horse and winning. How boring is that?

After all, there was not much going on previously to suggest at this time last year that Atlanta Falcons quarterback Matt Ryan would win the Offensive Player of the Year, right?

It is a lot more fun to bet on the long shot, like that 35:1 odds horse. This brings us to ponder some dark horse NFL players who could rise to the occasion and win this award. More often than not, the Offensive Player of the Year award goes to a quarterback. We have some dark horse quarterbacks covered.

But we will also spotlight some other skill positions that might just surprise. 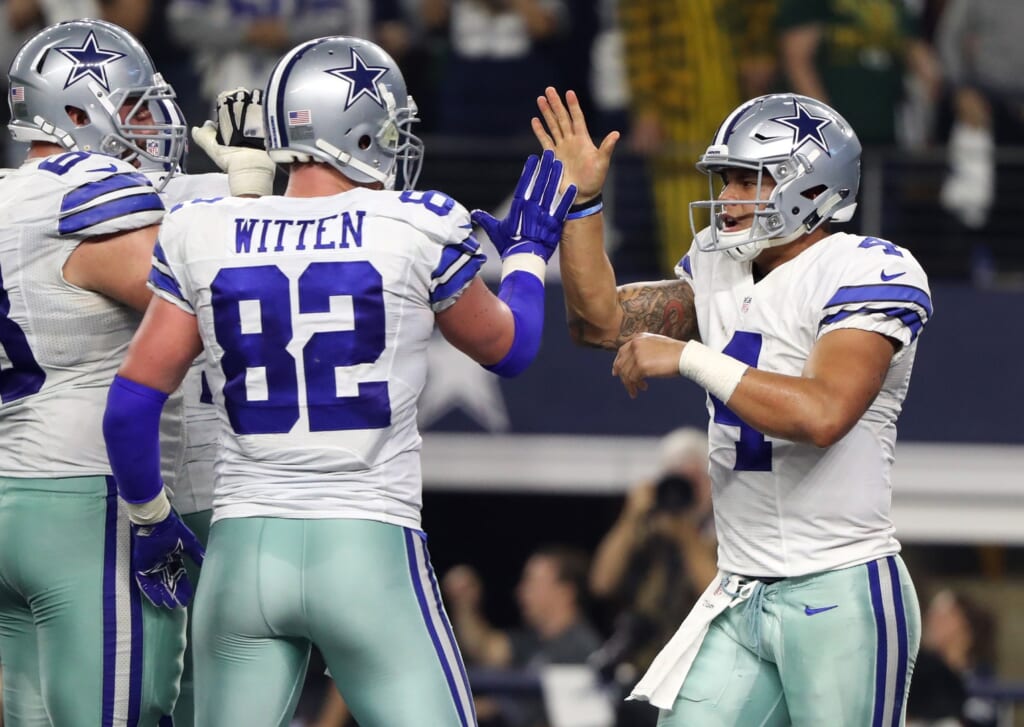 Prescott came out of nowhere last season and was crowned AP Offensive Rookie of the Year. The 135th overall pick from the 2016 NFL Draft took the football world by storm when he led the Cowboys to a 13-3 first place finish in the NFC.

Who is to say that Prescott won’t continue to build on his brilliant success? The former Mississippi State quarterback completed 67.8 percent of his passes in 2016 and scored 29 combined touchdowns. He threw only four interceptions in 459 attempted passes. Just to compare, Chargers quarterback Philip Rivers tossed 21 picks in 578 attempts.

In all, Prescott finished his rookie season earning a 104.9 quarterback rating. The only other starting quarterbacks to garner higher ratings were the two who played in Super Bowl 51.

We will leave that as food for thought in pleading the case for Prescott to one-up every quarterback in the league in 2017.