The 2016 NFL regular season has surely delivered a mixed bag of results. Teams predicted to excel have taken a nose dive. And a couple of underdog squads have clawed their way to the top of their divisions. One of these teams will now be playing without its starting quarterback and has a looming matchup against the Denver Broncos on tap for Week 17.

With the playoff picture neatly shaping up, more monkey wrenches are likely to be tossed into the mix. Some teams are playing for everything and others are just stuck in meaningless scenarios.

Nevertheless, we have come up 10 bold predictions for the Week 17 NFL games.

1. Jaguars win turns up the heat up on Chuck Pagano

The Indianapolis Colts are not having a fabulous season despite the return of quarterback Andrew Luck. Indianapolis has since been eliminated from the playoffs for the second season in a row during the Luck era.

And, once again, head coach Pagano is feeling the heat and shouldering the blame after a lukewarm 7-8 campaign. The final game of the season takes place when the Colts host the Jacksonville Jaguars. Neither team has anything to play for other than a win to save a little face.

But if the Jags were to post another surprise victory, it could lead Pagano one step closer to being shown the door. Jacksonville posted a monster 21-point win over the Tennessee Titans last week. They should come up big once again against a Colts defense that just gave up 463 yards and five touchdowns to the Oakland Raiders in Week 16.

The Jaguars have officially arrived to the party too late. But they could show up again and pull a fast one, this time against Pagano’s Colts. 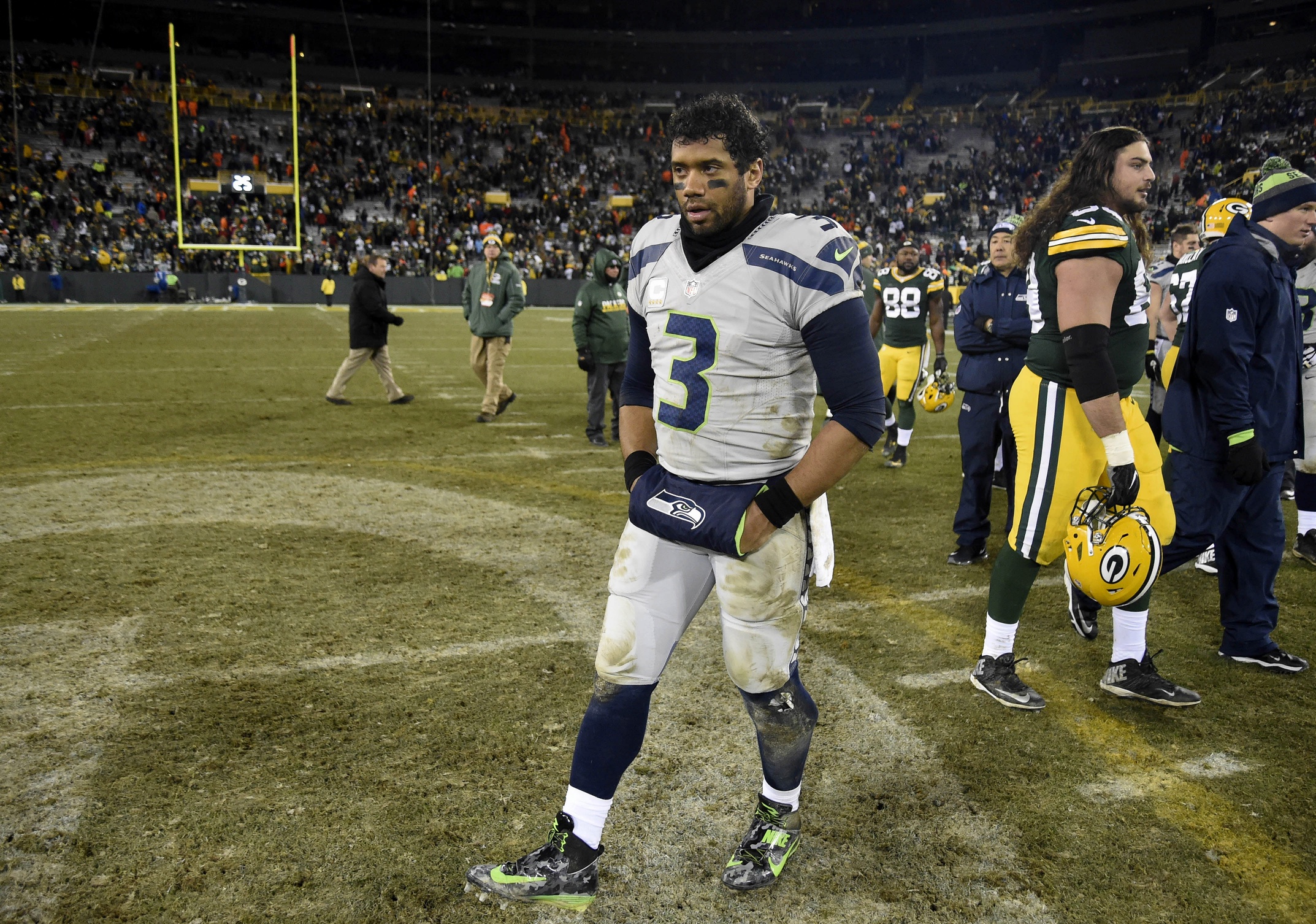 Wilson’s personal performances have been all over the charts this season. In Week 12, he laid an egg when he passed for 151 yards, had zero touchdowns and tossed two interceptions against the Tampa Bay Buccaneers. Then in Week 16, Wilson popped out a 350-yard, four-touchdown game. In between those two performances, he has a five-interception outing to his resume.

In Week 17, Wilson has the prime opportunity to top the stats he posted last week. The Seahawks hit the road to take on the San Francisco 49ers. San Francisco’s dreadful defense ranks No. 32 overall and has surrendered 29 passing and 24 rushing touchdowns in 15 games.

This is going to be the game that Wilson makes some big plays on his feet. The Seahawks are playing for a precious first-round bye, meaning we can be sure Wilson’s offense will be in overdrive.

We are calling for the mobile quarterback to pass for 350 yards and three touchdowns while he adds another 50 yards and a touchdown on the ground.

If you call one lone victory that came in Week 16 a “winning streak,” then the Cleveland Browns are certainly enjoying one. The positive is, the Browns have one more shot to give their one win some company in Week 17.

They will catch a major break with the Pittsburgh Steelers sitting their power trifecta. Yes, the Steelers are not going to risk the health of quarterback Ben Roethlisberger, running back Le’Veon Bell or wideout Antonio Brown with the division title and playoffs in the bag.

Fortunately, this is the leg up that Cleveland needs to finish 2017 on a semi-positive note.

Devoted Browns fans can only hope that a backup Steelers crew fails to perform at a high level in a meaningless game for the team. We’ve seen this happen before late in season’s past. If it were to occur on Sunday, it would be Cleveland’s first in in Pittsburgh since 2003. 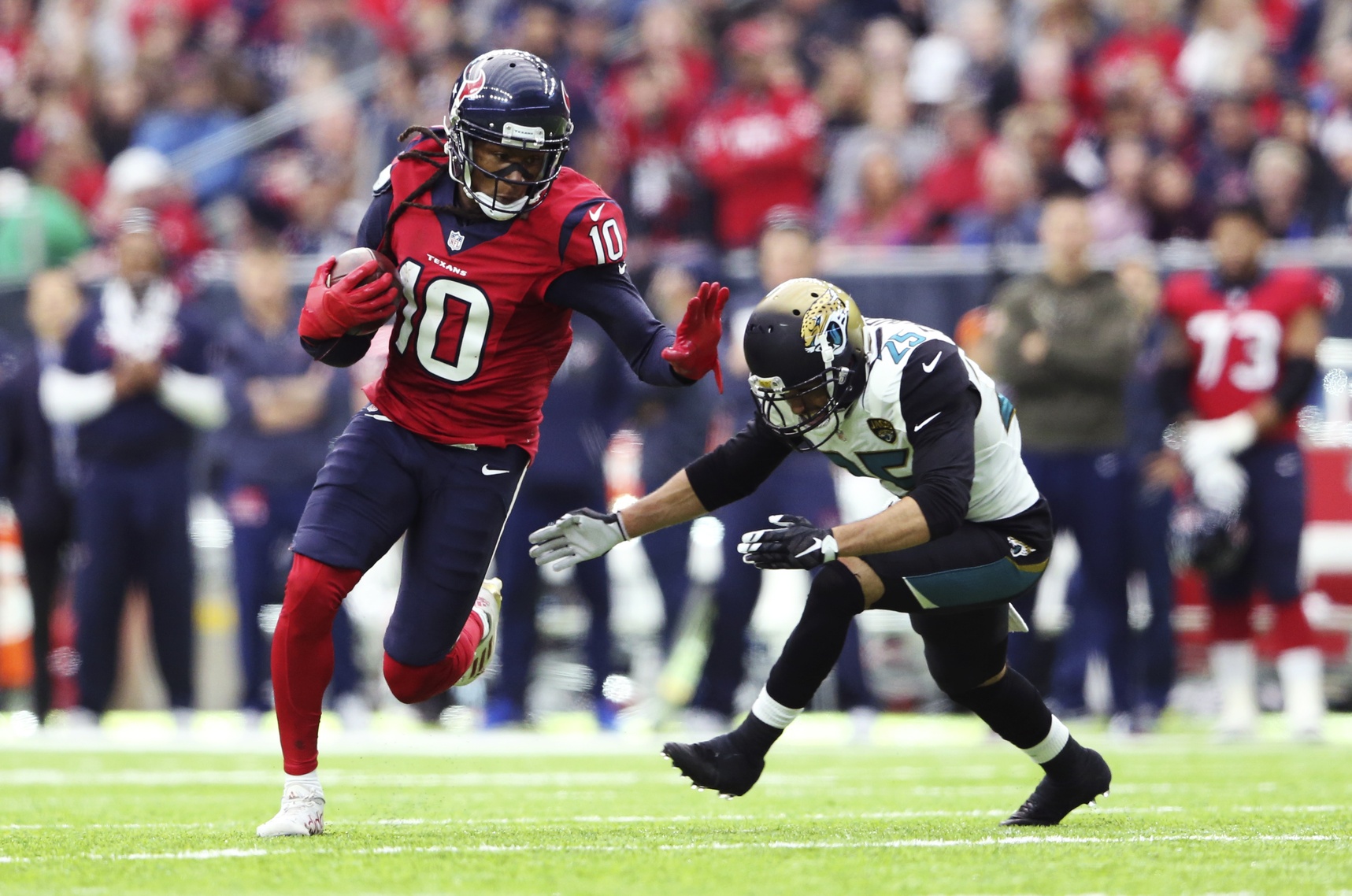 Despite the horrific efforts of free-agent bust Brock Osweiler, the Houston Texans won the AFC South and clinched a playoff berth last week.

This is fortunate for the Texans, but along the course of the season, Hopkins was often an afterthought. Now, the Texans will head to Tennessee to conclude their regular season. The team already announced that Tom Savage will start on Sunday which benefits Hopkins greatly.

Hopkins will also be catching balls against a defense that ranks 31st against the pass. The Titans are giving up on average, 270.9 passing yards per game. Hopkins should simply thrive, recording his best performance of the year. Furthermore, we are suggesting that Hopkins not only finds the end zone once, but twice.

This is a gutsy call considering Hopkins has scored only four times all season.

It takes a lot to rattle Tom Brady’s cage. He rarely makes a mistake and has thrown only two interceptions compared to 25 touchdowns on 399 pass attempts this season. For comparison sake, Osweiler, who we mentioned earlier, has 16 picks on the books after attempting 270 passes.

Back to Brady. He will be up against the Miami Dolphins that he has yet to play against this season. The Dolphins have excelled at forcing turnovers and have 16 interceptions on record. This ties their defense for the third-mout picks in the NFL.

Brady is hardly a guy to throw multiple interceptions in any given game. But considering the Dolphins’ success in catching passes from quarterbacks, they could cause some embarrassing stats to blemish Brady’s passing record in Week 17.

While Brady is busy trying to shake Miami’s defense, Sanchez is on course to make a rare appearance for the Cowboys. Coincidentally, it will be against his former Philadelphia Eagles squad. To date, Sanchez has atempted one pass all season.

But Sanchez’s stats should be on the rise once he comes to relieve quarterback Dak Prescott at some point during this week’s game. The Cowboys have already announced that Sanchez will be activated rather than risking injury to Tony Romo to back up Prescott.

This could be one of those surprising performances when Sanchez actually looks like a legit starting quarterback and doesn’t cough up the ball.

7. Bilal Powell will be the most-productive running back in Week 17

The New York Jets’ season has long since gone down the toilet. The same can be said for the Buffalo Bills, who fired their head coach and benched their quarterback on the same day this week. But the show must still go on for these two AFC East teams before both can go hibernate for the winter.

The Jets will likely let veteran running back Matt Forte sit this one out. He’s dinged up and there is no reason to risk further injury. So, Powell will once again be the man that will pile up the yards on the ground. The last time these two teams faced one another in Week 2, Forte rushed for 100 yards and scored three times.

News alert. The Bills’ run defense is still bad. It has allowed an average of 133.5 rushing yards and 21 rushing touchdowns at a pace of 4.6 yards per carry.

Powell could easily be the most-productive running back once the dust settles at MetLife Sunday afternoon.

The unthinkable happened for the Oakland Raiders when Carr suffered a broken leg in last week’s game. With their Super Bowl dreams still alive, backup Matt McGloin will attempt to fill the vast void left by Carr.

This is going to be tough final season game that takes the Raiders to play on the road against the Denver Broncos. McGloin now has the unfortunate task of facing Denver’s No. 1-ranked pass defense. Handing the ball off to Oakland’s running backs is going to be key here for the Raiders. Fortunately, the Broncos run defense can be penetrated and is yielding 4.4 yards per carry.

This is going to be the primary way for the Raiders to move the ball down the field. Also going for the Raiders is Denver’s offense has been pretty disastrous, averaging just 20.6 points per game. All things considered, we are calling for another victory for Oakland, this time without Carr. 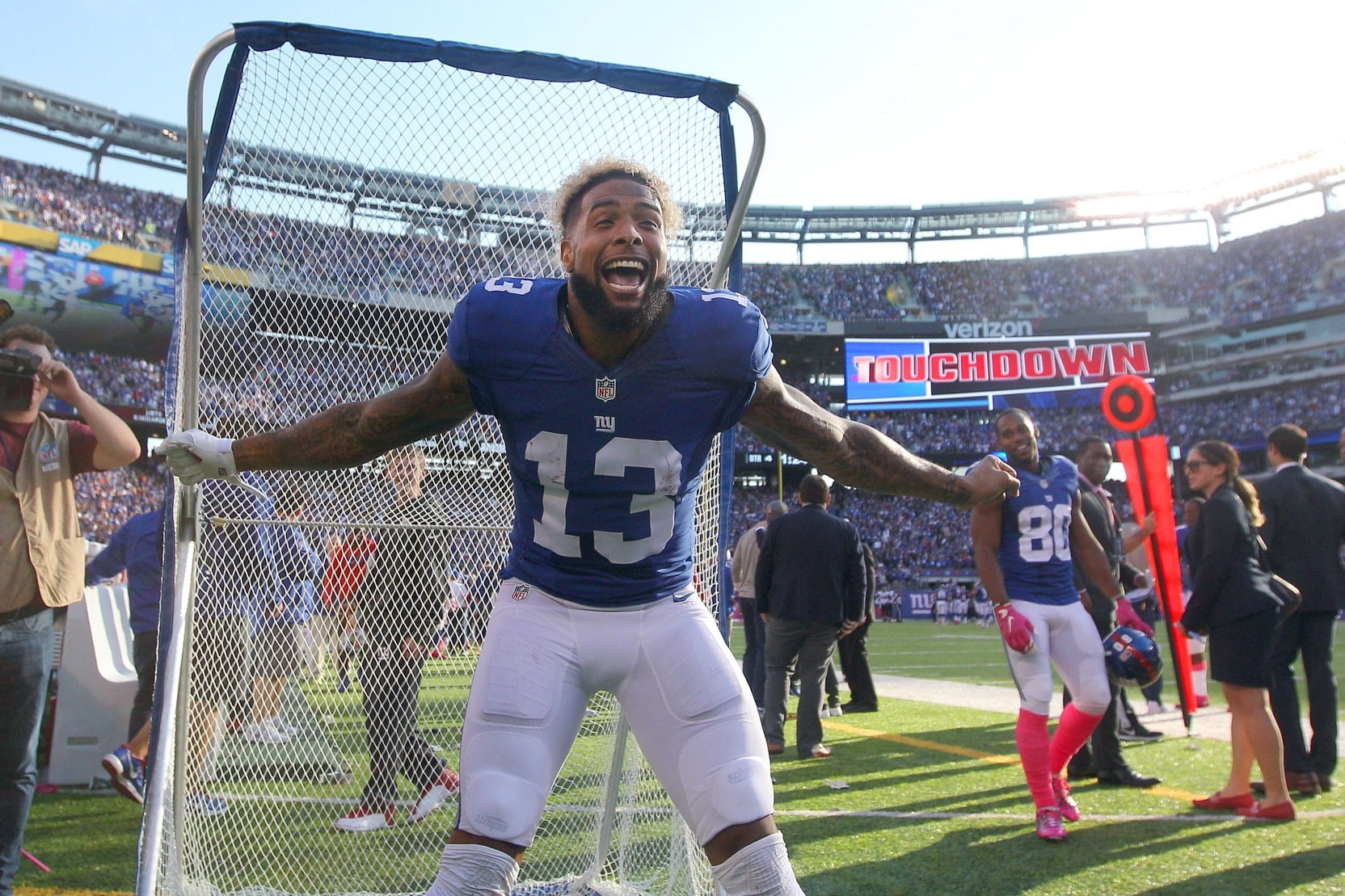 The last time OBJ squared off against his divisional-rival Washington Redskins, an innocent kicking net got beat to smithereens. Quarterback Eli Manning threw one of his classic interceptions in the end zone, which in turn, caused the Giants to fall to Washington. Beckham lost his cool and attacked the kicking net following the pick (watch here).

We are predicting an encore with tempers flaring again for Beckham. First of all, he shares a salty history with Washington cornerback Josh Norman. The last time the two met, Norman picked Beckham up and tossed him off the field like bag of rubbish. That was the same game that Beckham and the kicking net clashed.

It likely won’t take much to push Beckham’s buttons considering the circumstances. Manning just tossed three interceptions last week. Surely, Norman could have some fun here, which might just send Beckham over to vent on the poor kicking net.

10. Matthew Stafford pulls another magic rabbit from his hat

No quarterback has managed more come-from-behind, fourth-quarter victories than Stafford has this season. The Lions have entertained, and perhaps frightened their fans many times, by pulling themselves up from behind a lot in 2016.

This Sunday evening will be no different when Stafford and his team play host to the Green Bay Packers in a must-win game. Both teams rest at 9-6 and are playing to win the NFC North and secure a playoff spot. Talk about pressure. But that’s when Stafford’s clutch abilities come into play.

This game should be high-scoring with both Stafford and Aaron Rodgers torching each team’s defenses through the air. Green Bay’s in particular, ranks 29th against the pass. This could give Stafford and Co. the advantage they need to win the division, something the Lions have not accomplished since 1993.