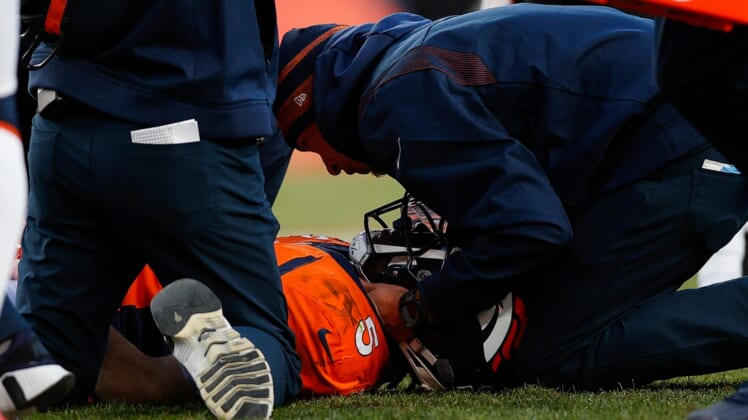 Denver Broncos quarterback Teddy Bridgewater was taken off the field on a stretcher in the third quarter of Sunday’s game against the Cincinnati Bengals due to a head injury.

The Broncos announced that Bridgewater was taken to the hospital as a precaution and would be evaluated for a head injury. The team said he had movement in all extremities.

Bridgewater was hurt when he scrambled, diving for first-down yardage as Bengals linebacker Joe Bachie hit his legs. As Bridgewater was in the air, Cincinnati defensive lineman B.J. Hill hit him in the back and propelled Bridgewater face first into the turf.

The 29-year-old laid on the ground motionless as he was attended to by medical personnel as players for both teams knelt on the turf. Bridgewater went off the field on a cart with his head and neck immobilized, and his teammates patted him as the cart drove off.

Bridgewater was 12-of-22 passing for 98 yards before exiting. Drew Lock replaced him as quarterback.