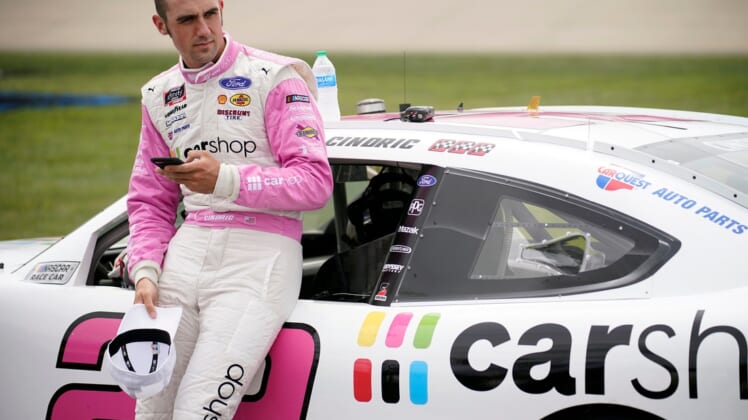 Team Penske announced Thursday that Austin Cindric will replace Brad Keselowski behind the wheel of the No. 2 Ford Mustang in the NASCAR Cup Series starting in 2022.

Keselowski, 37, is leaving the organization after 12 seasons to pursue other opportunities within the sport.

Cindric, 22, is the defending Xfinity Series champion and current series points leader in Penske’s No. 22 Ford.

“Austin is a champion and has proven his abilities both on and off the track,” team owner Roger Penske said in a news release. “The Cup Series is a big step for any rookie but making this move now, in conjunction with the introduction of the new NextGen car, makes sense. He has gained valuable experience this year competing in a handful of races at the Cup level and he has shown that he belongs out there.”

Cindric has earned 12 wins for Team Penske in the Xfinity Series. He has made six starts in the Cup Series in 2021, leading laps in three of them — including the Daytona 500.

“The No. 2 car is iconic to this sport and is a number that represents the foundation of this team,” Cindric said. “It is a great honor and a great responsibility to continue that role. As 2022 gets closer, I am excited to embrace that. Until then, my focus remains on winning another Xfinity Series Championship.”

Keselowski is reportedly moving to Roush Fenway Racing, an arrangement that includes an ownership stake.

Keselowski won the NASCAR Cup Series title in 2012, the first for Team Penske. He has won 35 Cup races, most recently at the GEICO 500 at Talladega in April.

“Making the decision to part ways with Team Penske to embrace a new opportunity and challenge was a difficult one, and one I did not take lightly,” Keselowski posted Thursday on Twitter. “I know that I am leaving in a good place though, and I am both excited and eager to share the details of what’s next for me soon.

“Right now, my focus remains on winning more races in 2021 and giving it my all to take down our second Championship.”