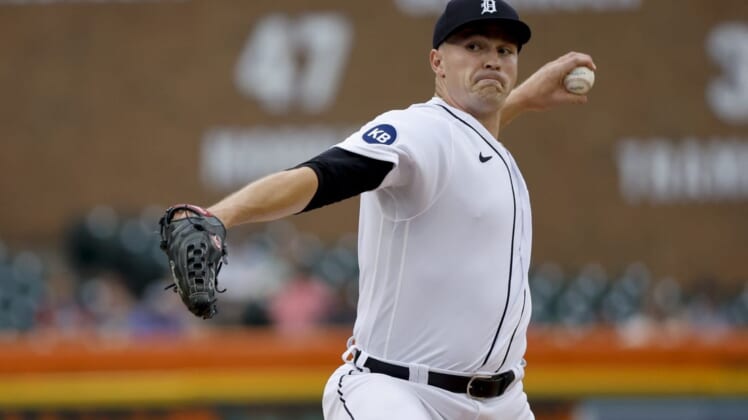 Skubal gave up just two hits and a walk while striking out six. He hasn’t allowed a run in four of his past five starts, and he has yielded no earned runs in six of his 10 starts this season.

Skubal (4-2) had his roughest outing of the season against Minnesota when he allowed six runs (five earned) in five innings during an April 28 loss. In the rematch, the left-hander dominated a lineup filled with right-handed hitters.

Detroit’s Joe Jimenez struck out two of the three batters he faced in a perfect eighth inning. Will Vest pitched the ninth to finish off the shutout for the Tigers, who have won three of the first four games in the five-game series.

Minnesota managed only two hits on Wednesday after amassing just three on Tuesday.

Skubal got into a little trouble in the first inning when Jorge Polanco blooped a two-out single and Gio Urshela walked. Skubal then struck out Trevor Larnach.

The Tigers grabbed an early lead in the bottom of the inning. Castro led off with a double and moved to third on a sacrifice bunt. Schoop singled up the middle to score the first run.

Detroit extended its lead to 5-0 in the fifth. Jeimer Candelario smashed a triple off the right-center-field wall to get the big inning started. Tucker Barnhart’s infield single knocked him Candelario.

One out later, Castro hit a single and Harold Castro followed with a double to left, bringing home both runners. Schoop finished off the outburst with a run-scoring, ground-rule double.

The teams will complete the series with a Thursday afternoon matinee. After the Twins won the first five meetings between the American League Central rivals this season, the Tigers have taken four of the past five matchups.