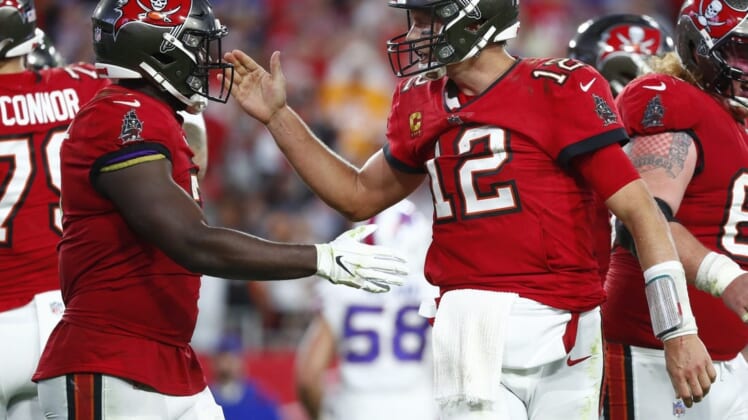 When Tom Brady retired with a lengthy social media post, running back Leonard Fournette saw the next route coming: the reverse.

Brady, who spent just more than one month retired after the February announcement, was back in uniform with Fournette and the Tampa Bay Buccaneers at mandatory minicamp on Tuesday. Fournette said it’s almost like Brady, 44, never left.

“He hasn’t lost a step. He is who he is,” Fournette said. “And me just being alongside him these three years, I wouldn’t want any other guy back there with us. He deserves everything he’s got and that’s coming to him. And I’m just proud of him.”

Brady said last week he felt pressure to make a decision on returning with free agency and the draft approaching.

Fournette figured Brady would be back after a 30-27 loss to the Los Angeles Rams on a last-second field goal ended the Bucs’ season in the NFC divisional round in January.

“I kind of knew because I told him, I want to say two days after the game, I’m like, ‘T, we can’t go out like that.’ And he agreed with me,” Fournette said Tuesday. “Like, we left too many mistakes on the field that kind of messed us up and we were playing catch-up the whole game. So I think as a champion, I knew he wouldn’t want to go out like that for his legacy.”

Brady’s return was a magnet for fellow Buccaneers’ free agents, including Fournette, who re-signed on a three-year deal.

A reunion with Brady played in a role in the team’s most recent signing, defensive tackle Akiem Hicks. Hicks played with the New Orleans Saints for his first three-plus seasons before a trade sent him to New England. After playing with the Patriots, Hicks spent six seasons with the Chicago Bears and contemplated retirement at age 32.

“Something I’ve thought of often is that when I came into the league I had Drew Brees and Tom Brady as my first two quarterbacks,” Hicks said Tuesday. “And then I went to Chicago … it wasn’t Drew Brees and Tom Brady, let me say that, right? I feel spoiled to have somebody on the other side of the ball that can deliver all the time, and he’s proven it over the years.”