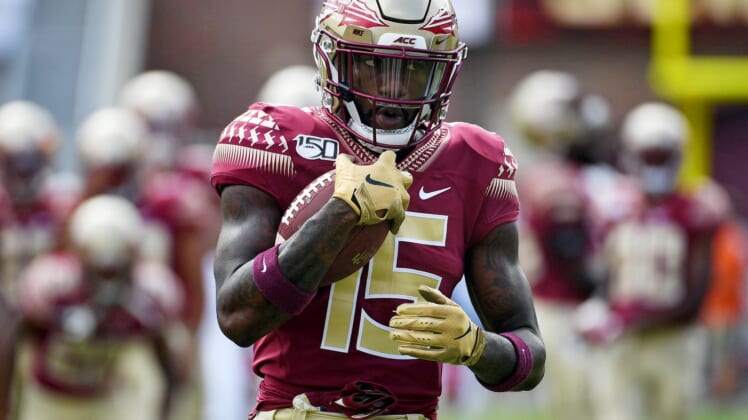 Former Florida State wide receiver Tamorrion Terry has been indicted along with 10 others in a suspected gang-related shooting that occurred at a Georgia nightclub in June 2018.

Adam H. Beasley of the Miami Herald reported the news Thursday, citing official court documents. The mass shooting resulted in a 21-year-old woman dying, and seven others injured at Studio 2.0 nightclub in Ashburn.

According to Beasley, all 11 of the co-defendants face a felony murder charge, and two of them were teammates of Terry’s at Turner County High School. The indictment of all the defendants occurred last week.

Prior to this, the only man arrested in the shooting was Jontavious Coley, who was 17 years old when the shooting occurred. He was charged with aggravated assault and felony murder as one of multiple gunmen who shot at a crowd of people.

Terry was an undrafted free agent who signed with the Seattle Seahawks after the NFL Draft, but was released on Wednesday. There’s an obvious connection between his release and the news of Terry’s indictment surfacing.

At Florida State, the 6-foot-4, 210-pound wideout had 60 receptions for 1,188 yards and nine touchdowns during a breakout 2019 campaign, which earned him second-team all-ACC honors. Terry also had eight touchdown grabs as a freshman, and posted 23 catches for 289 yards and a score this past season.