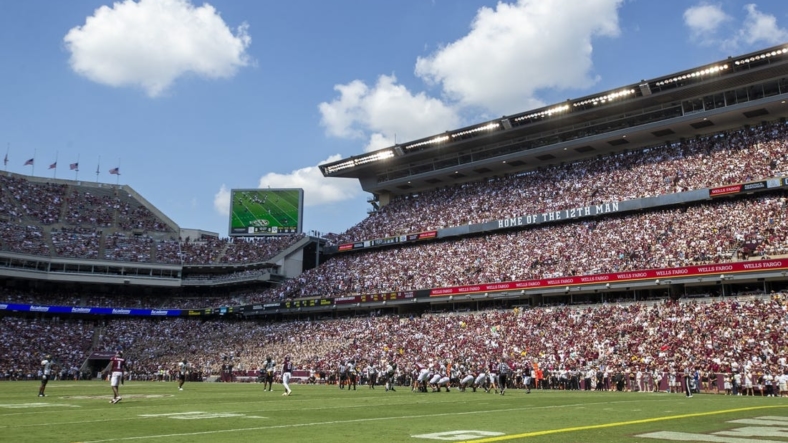 All 25 ranked teams are in action in Week 3 of the college football season, although only two matchups pit ranked teams against each other.

5. Post-Frost Era Begins
Nebraska fired coach Scott Frost following a 1-2 start to the season. But that hasn’t deterred bettors from wagering on the Cornhuskers’ home game against No. 6 Oklahoma on Saturday.

The game has attracted the largest percent of bets and handle at both BetMGM and BetRivers for Week 3. That’s despite a double-digit spread, with the Sooners favored by 13.5 points at BetRivers after opening as 11-point favorites.

4. Utes Feeling the Love
The most lopsided spread action at PointsBet has been in favor of No. 14 Utah against visiting San Diego State. Despite the line holding steady at 21 points this week, the Utes have been backed by 89 percent of the bets and 94 percent of the handle.

The action has been more split at BetRivers, where Utah has drawn only 48 percent of the spread handle as 21.5-point favorites. However, the Utes’ -2500 moneyline has been backed by 96 percent of the money.

3. Service Treatment
The second most popular play at BetRivers involves a pair of unranked teams on Friday night. Air Force covering its 16.5-point spread at Wyoming has drawn 66.62 percent of the handle, second most at the sportsbook only behind Notre Dame covering an 11-point spread against California.

The 15.5-point line at DraftKings has drawn more split action, with Air Force backed by 64 percent of the spread bets while Wyoming is being supported by 57 percent of the money.

The story is similar at DraftKings, where the Spartans have drawn 79 and 66 percent of the action as a 3.0-point underdog.

1. Jimbo Renews ‘Canes Rivalry
The “marquee” game of the weekend pits No. 13 Miami at No. 24 Texas A&M on Saturday night. The Aggies are expected to make a change at quarterback following last week’s stunning upset loss to Appalachian State.

Texas A&M coach Jimbo Fisher used to face Miami annually while at Florida State, while this game serves as a big litmus test on the road for new coach Mario Cristobal’s Hurricanes.

It has not been among the most heavily bet on games at BetMGM or BetRivers, but some interesting trends have emerged nonetheless.