The Orange hope to display more of a productive offense Saturday afternoon when they host FCS foe Albany.

Syracuse (1-1) has scored a total of 36 points in the first two weeks, and its 641 yards are tied with Miami for the fewest in the ACC. The Orange are averaging 175 rushing yards, good for sixth in the league, but their 145.5 passing yards per game are last in the ACC.

On Saturday, the Orange totaled 258 yards and held possession for 24:04 in a 17-7 loss to visiting Rutgers.

Tommy DeVito completed 15 of 26 passes for 149 yards and also threw an interception and committed a fumble that led to a field goal. He sat for two series in the first half as Garrett Shrader completed 4 of 6 passes for 42 yards.

It is possible the two Orange quarterbacks could split time Saturday, but the team hopes all facets go well, including special teams after Syracuse missed a field-goal attempt and had a punt blocked in the loss to Rutgers.

“We get a chance to work on our weaknesses, that’s the biggest thing,” Shrader said. “Something’s gotta change, but we get a chance to sharpen up going into Liberty and then Florida State and other FBS teams so we can be more explosive on offense.” 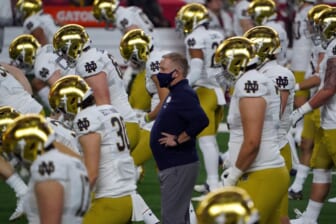 Albany (0-2) is experiencing some of the same offensive issues as Syracuse and makes the trip having scored 20 total points in its first two games. After opening the season with a 28-6 loss at North Dakota State, the Great Danes were held to 215 yards in a 16-14 defeat to Rhode Island despite running 74 offensive plays and maintaining possession for more than 33 minutes.

It was the fourth straight game dating to the spring season Albany failed to score more than 14 points, and Saturday’s disappointing outcome occurred after the Great Danes opened the game with a 92-yard touchdown drive. Albany then went three-and-out on six straight possessions as quarterback Jeff Undercuffler was 19 of 35 for 166 yards and was sacked five times.

“I don’t know the answer right now, but I will as we move forward,” Albany coach Greg Gattuso said. “We’re not scoring enough points to win games.”