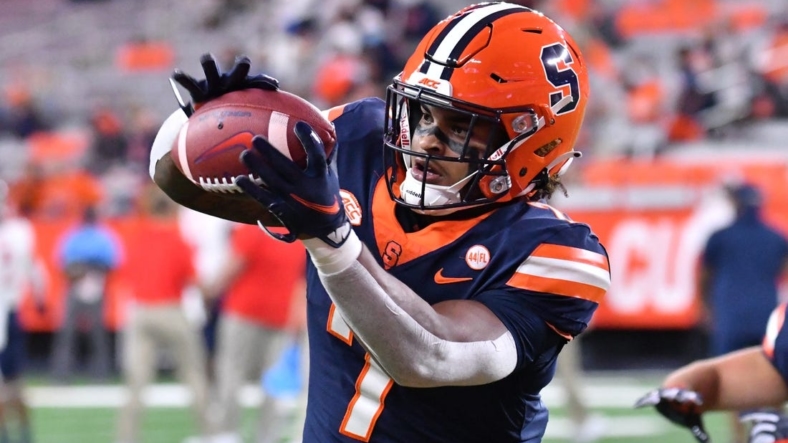 Thompson had three tackles and a half-sack while Elmore did not catch a pass in the season-opening home win.

Head coach Dino Babers confirmed Monday that both players sustained lower-body injuries in the first half.

Thompson has 118 tackles, 8.5 sacks and three forced fumbles in 23 career games with the Orange.

The versatile Elmore has played in 52 games as a tight end, fullback, offensive lineman and defensive tackle.