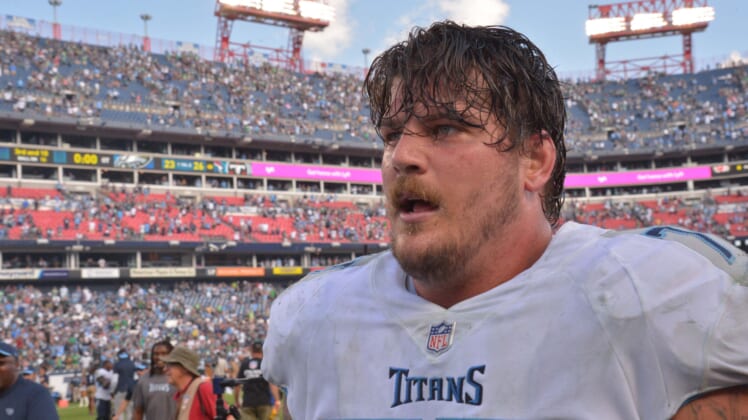 It’s not too often that an NFL player is on social media while his team is playing an actual football game.

Suspended for the first four games if the season for violating the league’s PED policy, Tennessee Titans left tackle Taylor Lewan was an active participant in criticizing officiating during his team’s game against the Jacksonville Jaguars Thursday night.

This was obviously in response to a brutal personal foul penalty against linebacker Kamalei Correa in the first half.

That’s about as ridiculous as it gets. Lewan’s criticism came right after Tom Brady threatened to turn the game off because of the bad calls. It also comes one day after New York Jets safety Jamal Adams blasted the NFL for receiving a $21,000 fine following a “late hit” in Monday night’s game.

Noticing a theme here? It seems that rivals agree. The NFL needs to change this quickly. It’s ruining the integrity of the game.