The National Football League has already completed about 12 percent of its schedule for the 2014 season. And while not a lot can be made from the first two weeks of the season, we can definitely point to some trends going on around the league.

Let’s check out some of the most surprising team and individual player statistics through Week 2. 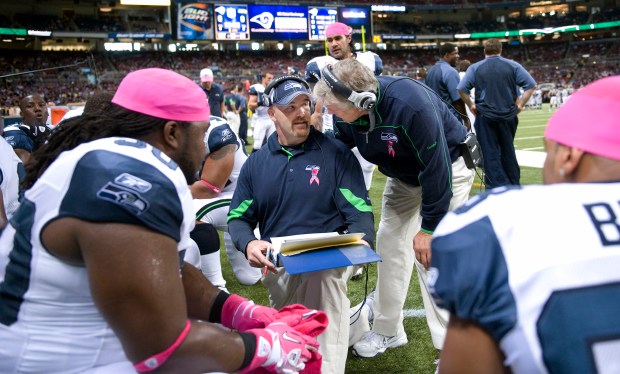 Courtesy of Seahawks.com: Don’t expect the Seahawks to remain here for long.

Opposing offenses are converting 55 percent (16-of-29) of their third-down opportunities against Seattle’s “Legion of Boom.” That’s an insanely high number for a unit that allowed offenses to convert just 35 percent of their third-down opportunities last season. One of the primary reasons for this is the fact that quarterbacks are completing 74 percent of their passes when targeting Byron Maxwell and Richard Sherman.

When looking at every major statistic, the rookie is ahead of his future Hall of Fame counterpart and Week 3 opponent in nearly every category.

It doesn’t necessarily mean a whole heck of a lot, but it’s still rather interesting to look at. While the Raiders have struggled through an 0-2 start, Carr hasn’t played nearly as bad as some might think in his first two NFL starts. And despite a blowout victory over the Minnesota Vikings last week to even their record at 1-1, the Patriots have not gotten a whole lot from Brady through two weeks. We are currently looking at a Bill Belichick-led team that’s going to be relying a lot less on Brady than we have seen in the past.

Playoff Teams From a Season Ago are a Combined 13-11

The only teams who made the playoffs a season ago and are 2-0 this year are the Philadelphia Eagles, Cincinnati Bengals, Carolina Panthers and Denver Broncos. The other eight teams that earned a postseason trip in 2013 are a combined 5-11 with the Kansas City Chiefs, Indianapolis Colts and New Orleans Saints still without a victory.

Week 2 saw a ton of top contenders goes down, as the San Francisco 49ers, New Orleans Saints and Seattle Seahawks all lost to inferior opponents. This trend will likely reverse as the season goes on, but it’s still rather interesting. 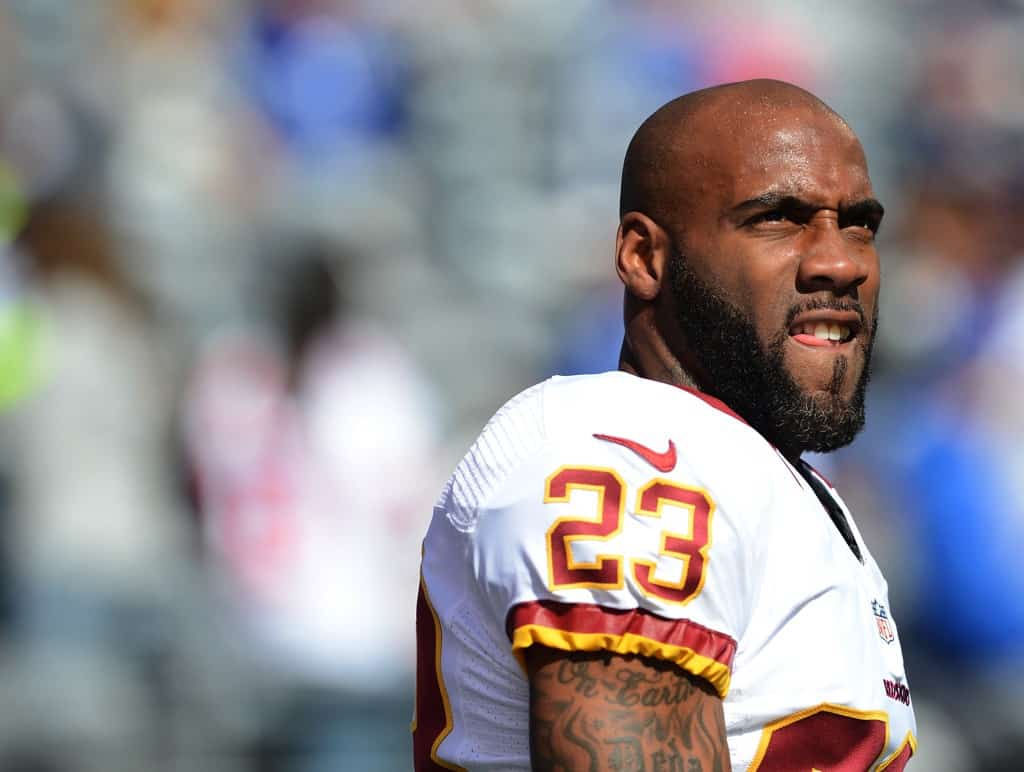 This is not a typo. The Washington Redskins actually lead the NFL in total yards allowed per game at 234.5. While it must be noted that they have gone up against the Houston Texans and Jacksonville Jaguars in their first two games, this just goes to show you how well defensive coordinator Jim Haslett has performed thus far this year.

It helps that Washington is controlling the ball over an average of 35 minutes per game and its defense is yielding a ridiculously low 37 percent third-down conversion rate. By the way, those are not coincidences. Outside linebacker Ryan Kerrigan and cornerback DeAngelo Hall have performed darn well thus far, which has helped this unit improve from a disastrous overall 2013 campaign.

Emmanuel Sanders has More Receptions and Yards than Demaryius Thomas

With defenses turning their focus to Thomas, Peyton Manning is targeting his new toy more often than most of us originally thought he would. Both Thomas and Sanders have compiled 18 targets through two games, the the latter boasts more receptions and yards. This isn’t to say that Sanders is now Manning’s favorite target in the passing game. Instead, it goes to show us just how many weapons the future Hall of Famer has on offense.

Ryan Fitzpatrick Ranks Second in the NFL with a 118.4 Quarterback Rating

One of the reasons that Houston is 2-0 is the fact that Fitzpatrick simply hasn’t turned the ball over and is playing the game manager role to a T. The veteran is completing over 67 percent of his passes with three touchdowns and zero interceptions. He also joins Andy Dalton as the only two regular starters yet to be sacked this season. If Fitzpatrick continues to avoid the turnovers as the season progresses, the Texans could very well surprise a lot of people in the AFC South.

Chad Henne has Been Sacked 13 times 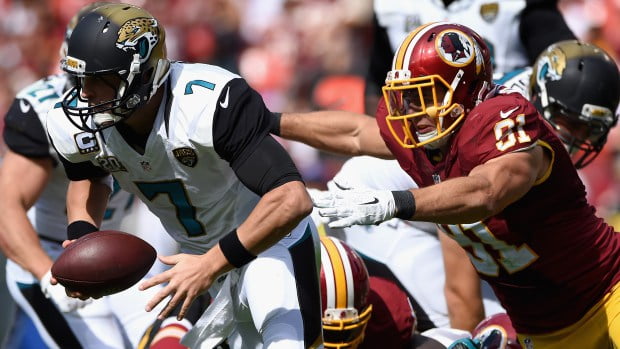 Courtesy of CBS Sports: Chad Henne is on “pace” to be sacked the most in league history.

To put this into perspective, Peyton Manning was sacked a total of 18 times in 16 games for the Broncos lost season. While it’s way too early to get into projections based on statistics through two weeks, Henne is on pace to be taken to the turf a whopping 104 times this season. For what it’s worth the NFL record goes to David Carr, who was sacked 76 times as a rookie for the Houston Texans in 2002.

This could have a lot to do with Henne’s inability to get rid of the ball in a timely manner, but according to Pro Football Focus (subscription required), both of the Jaguars starting offensive tackles grade out in the bottom 12 of the NFL among gualified players at that position.