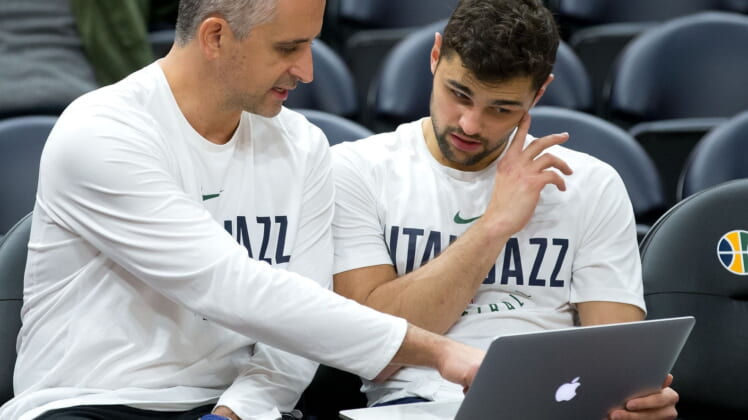 The Phoenix Suns have reportedly made a decision about who will lead the organization moving forward. And in no real surprise, ESPN’s Adrian Wojnarowski is indicating that Utah Jazz assistant coach Igor Kokoskov has been tasked with the job.

The Phoenix Suns are hiring Utah Jazz assistant Igor Kokoskov as their new head coach, league sources tell ESPN. Kokoskov, a native of Serbia, will be the first European born head coach in the NBA.

He’s a widely respected international basketball mind after leading Slovenia to the EuroBasket championship back 2017. It’s not a coincidence that team was headed by European sensation Luka Doncic, who could very well be the first pick in this year’s NBA Draft. After all, Phoenix itself boasts the best odds to acquire said pick.

Coming off a season in which they finished with the NBA’s worst record, the Suns are looking to rebuild an under-performing and young roster. That starts with talented guard Devin Booker. By adding Kokoskov to the mix, it’s reasonable to believe that Doncic will join Booker in the desert.