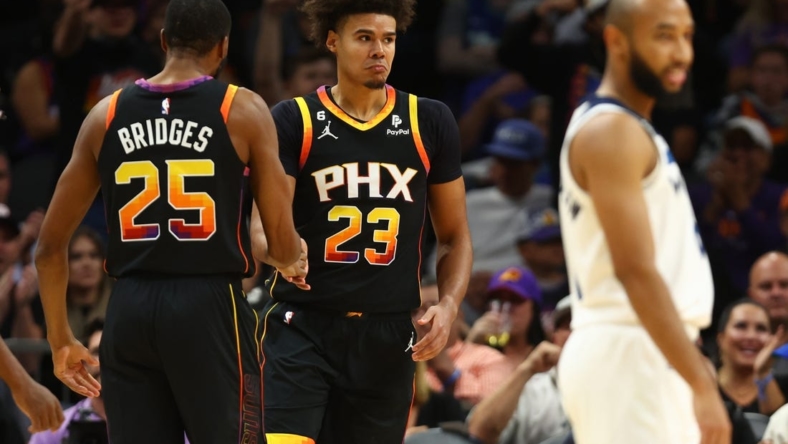 Phoenix forward Cameron Johnson injured his right knee in the first quarter of the Suns’ Friday home game against the Portland Trail Blazers and was ruled out for the rest of the contest.

Johnson grabbed at the knee multiple times during the quarter and later was noticeably limping after trying to fight through a screen. Johnson left the contest with 6:46 left in the period after Phoenix called a timeout.

Johnson, who entered the game with a 14.9 scoring average, was scoreless in five-plus minutes.

Portland guards Damian Lillard (calf) and Anfernee Simons (foot) both sat out. Lillard has missed three straight games, while this was the first absence for Simons.