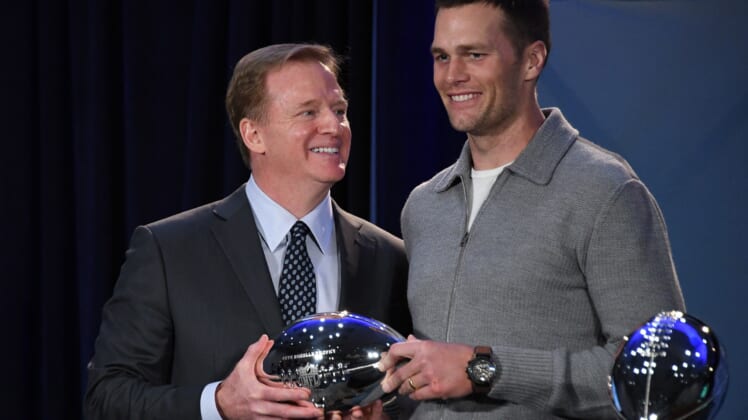 In 1990, the NFL adopted its current playoff system of six teams per conference. According to 538, the New England Patriots are dealing with the easiest path to the Super Bowl among all teams in that time period.

In fact, according to the study, it’s not even terribly close.

“If we multiply together the Patriots’ pregame odds of beating the Titans (85 percent) with that of the Jaguars (81 percent), we could say they had a staggering 69 percent chance of making the Super Bowl before they ever played a game. (This is assuming we’d somehow know that both of their opponents would pull off the upsets they did.) That’s easily the best number for any conference title-game participant since 1990,” Neil Paine of 538 wrote.

Additionally, the Kansas City Chiefs were upset by the Tennessee Titans, who were ranked as a below-average team despite making the playoffs. Then, the Jacksonville Jaguars upended the Pittsburgh Steelers, another potential thorn to New England. 538’s Elo rankings has the Jags as the 12th best team in the league, which, per Paine is “below five teams that were knocked out of the playoffs and three that didn’t even make it to the playoffs.”

New England is certainly not overlooking Jacksonville. While this would seem like a sizable mismatch, similar things were said seven years ago when the New York Jets stunned the Patriots in the Divisional Round in Foxborough. Upsets are possible in any sport, especially a single-elimination one like football.

So, we’re a long way from painting one of the end zones at U.S. Bank Stadium in New England’s colors. But the schedule has definitely afforded New England some breaks.