The Penn State football program may be eligible for postseason play this season and will have its full complement of scholarships next year. But in no way does that make up for the damage that the Jerry Sandusky sexual abuse scandal caused its athletic department

According to this study by USA Today, Penn State’s athletic department has lost $90 million since 2011 (h/t Business Insider). 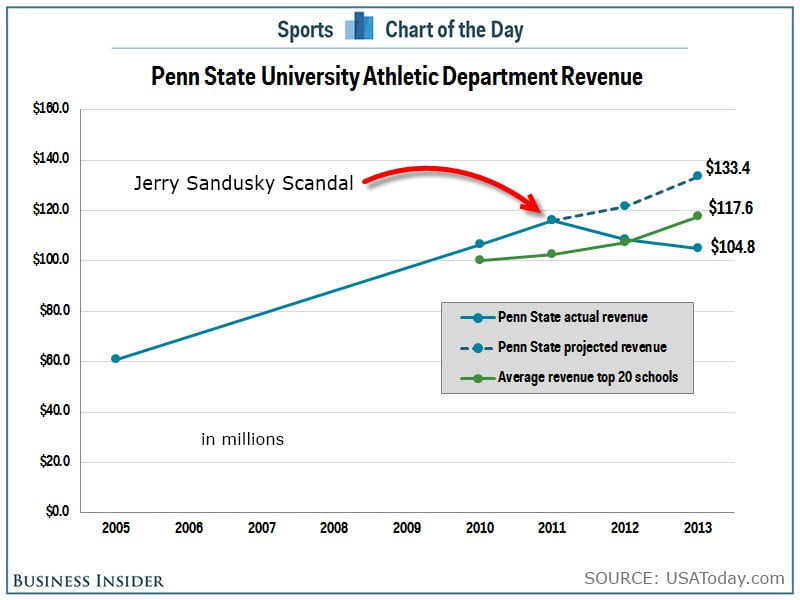 The study considers the $28.6 million Penn State has lost because it hasn’t seen the same growth as other upper-echelon programs since the scandal broke. Couple that with the estimated $60 millions in fines it received, and that’s a whole lot of dough.

As Business Insider points out, this doesn’t include other costs related to the scandal, such as the school’s investigation, lawyer costs, PR firms and lawsuit settlements.