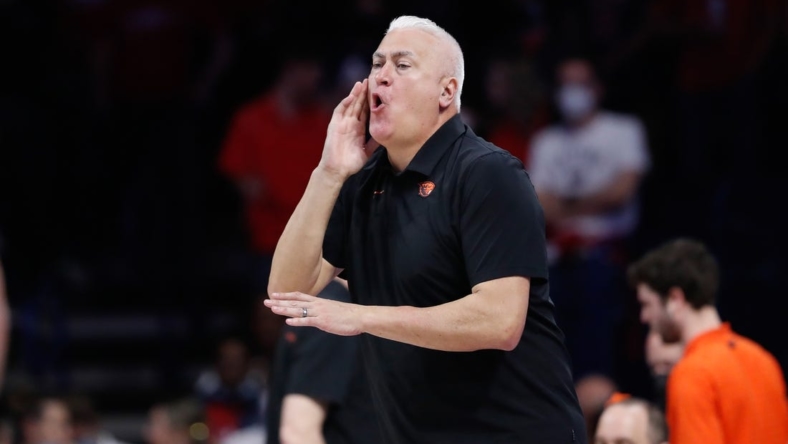 Dexter Akanno scored 15 points and was one of three Oregon State players in double figures as the host Beavers defeated Florida A&M 60-43 on Friday night in Corvallis, Ore.

The Beavers (2-0) led from start to finish and by as many as 18 points in the second half as they dealt the Rattlers their third loss in a row to open their season.

True freshman Jordan Pope finished with 14 points and four rebounds for the Beavers, while Rodrigue Andela totaled 10 points and six rebounds off the bench.

Oregon State prevailed despite multiple prolonged stretches without a made field goal.

But the Beavers answered with a 10-2 run keyed by five points from Akanno and led by double digits the rest of the way.

Oregon State had a sluggish shooting start, going 4 of 14 to start the game and shooting 31 percent in the first half. It was a different story in the second half, as the Beavers shot 52 percent (13 of 25) and 40.7 percent for the game.

Jordan Tillmon led the Rattlers with 12 points, but he turned the ball over six times. Chase Barrs added 11 points and 10 rebounds.

The teams finished fairly even on the boards, but Oregon State outscored Florida A&M 34-16 in the paint. The Rattlers also had 16 turnovers, which led to 14 points for Oregon State.

Florida A&M will play six more teams from Power 5 conferences on the road this season, including a matchup this at Miami. Oregon State will host Bushnell on Tuesday.