Storm’s Sue Bird ready to return for another season 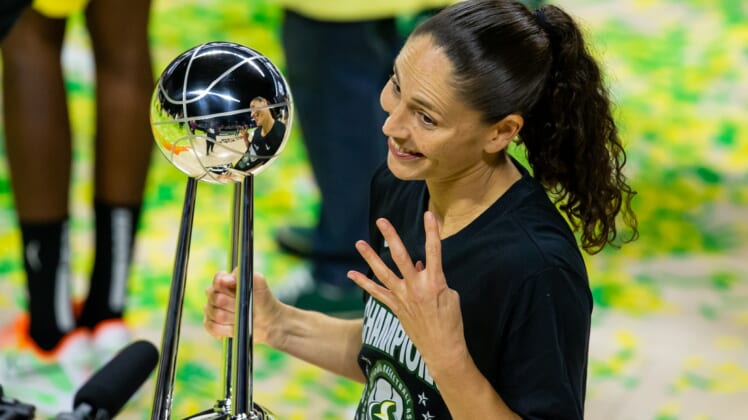 Sue Bird is putting off retirement for at least one more year to return to the Seattle Storm next season.

Bird, 41, announced her decision in an Instagram post on Friday, much to the delight of the Storm. The team’s official Twitter site posted a picture of the four-time WNBA champion along with a pair of goats (as in “Greatest Of All Time”), accompanied by the words “Bird is Back.”

Bird openly contemplated retirement after the Storm were eliminated in the second round of the playoffs last season.

“This is the first time where I’m really going to have to sit back, see how I feel, weigh some things,” Bird said at the time. “I know for sure that I want to let the emotion of the season die down. I don’t want to make some emotional decision.”

Per Yahoo Sports, Bird is an unrestricted free agent and cannot start contract talks with the Storm until the period officially opens on Jan. 15.