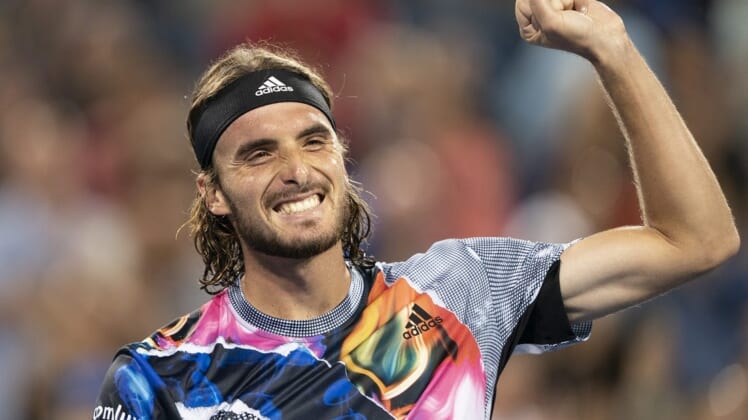 Fourth-seeded Stefanos Tsitsipas of Greece defeated top seed Daniil Medvedev of Russia in three sets Saturday night to advance to the finals of the Western & Southern Open in Mason, Ohio.

Tsitsipas beat Medvedev for just the third time in their 10th meeting. Medvedev converted just 49 percent of his first serves.

“He kept missing a lot of first serves consecutively and that gave me some time to think of my next move a little bit clearer,” Tsitsipas said. “He gave me a double fault on break point, which I think was very important moment for me psychologically to give my best shot. I was a few games away and I was very calm and concentrated in every single task that was given to me.”

Tsitsipas went to the net 36 times and converted 27 for points.

It was the third straight semifinal for Tsitsipas at the ATP 1000 event near Cincinnati, advancing to the finale for the first time.

He faces Coric, a 6-3, 6-4 winner over Cameron Norrie of Great Britain in the other semi. Coric needed just 91 minutes to advance. Rain delays turned their match from an afternoon match to a 7:30 start local time.

“It was a very tough day, a very long day as well,” Coric said. “It was a crazy day but in the end it did finish very good. I was obviously very happy with my tennis today, I was playing extremely well.”