Steelers unidentified rookie thinks James Harrison is one of the coaches

Pittsburgh Steelers linebacker James Harrison has not been in pads since training camp started, which is a privilege the veteran has earned.

This led an unidentified rookie to the conclusion that Harrison was one of the team’s coaches. In an interview with 93.7, The Fan in Pittsburgh, guard Ramon Foster told this story while not snitching out the identity of the rookie:

“It was a young guy. I won’t say who it was,” Foster said. “He actually thought James was retired, and he was just here helping out. So everything that he’s seen him do in the weight room, he’s got to realize that that’s what he’s about to go through. So he was like, ‘man, I thought that dude was retired and helping out!’ I was like, ‘no, he’ll be out here real soon’, and ‘he’s like, oh.'”

For those wondering about Harrison, he is still training and working out, but only on the sidelines under allowance by head coach Mike Tomlin who wants to keep the 37 year old linebacker fresh for the season.

To the anonymous rookie’s defense, it is easy to see how he came up with his conclusion about Harrison. Being an older dude on the sidelines, not in pads like the rest of the team would have Harrison looking like a coach in a set of young rookie eyes. 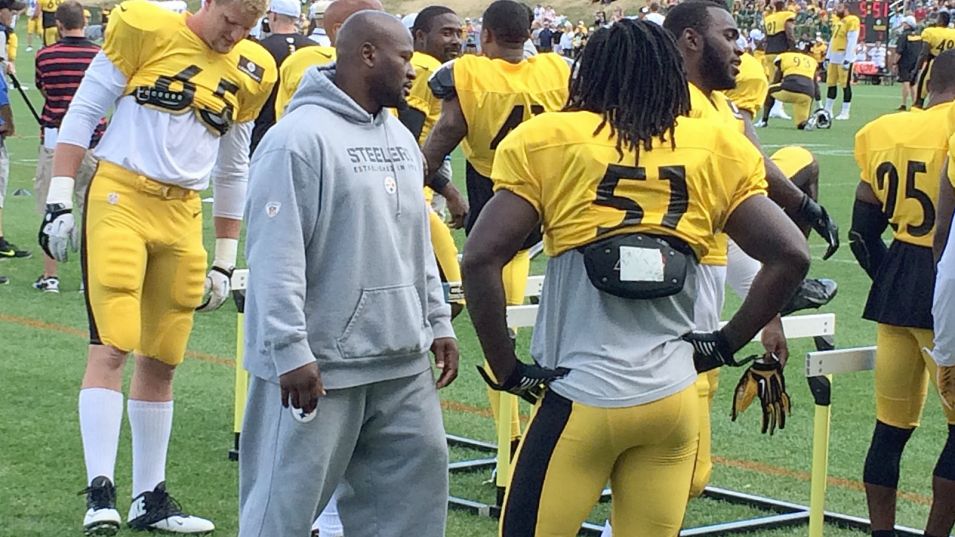 Hopefully, Harrison can at least get a laugh out of this story.