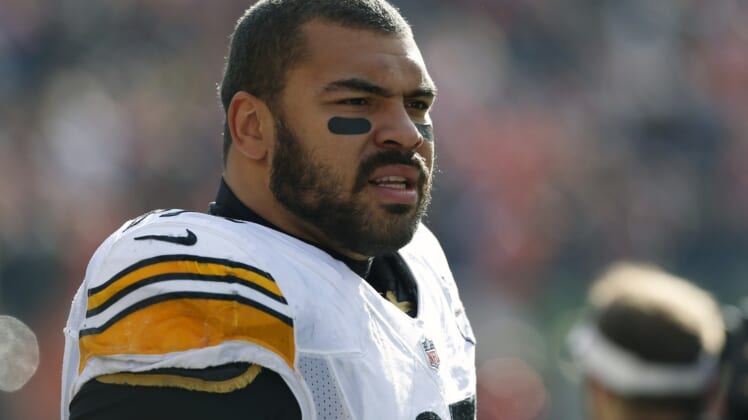 The Pittsburgh Steelers took care of one of their own on Thursday night by signing former first-round pick Cameron Heyward to a six-year extension:

It's a great night, #SteelersNation. @CamHeyward is staying with us.

The deal is said to be worth $59.25 million, including $15 million in signing bonuses and $21 million to be paid over the first eight months of the deal.

A team known for either taking care of its players early in the process or letting them walk in free agency, Pittsburgh paid a pretty hefty price to keep the Ohio State product off the free-agent market next March. At an average annual salary of nearly $10 million, Heyward is now the fourth highest-paid 3-4 defensive end in the NFL.

This past season saw the 2011 first-round pick start all 16 games while accumulating 55 tackles and 7.5 sacks. According to Pro Football Focus (subscription required), Heyward graded out as the sixth-best player at his position in the NFL last season.