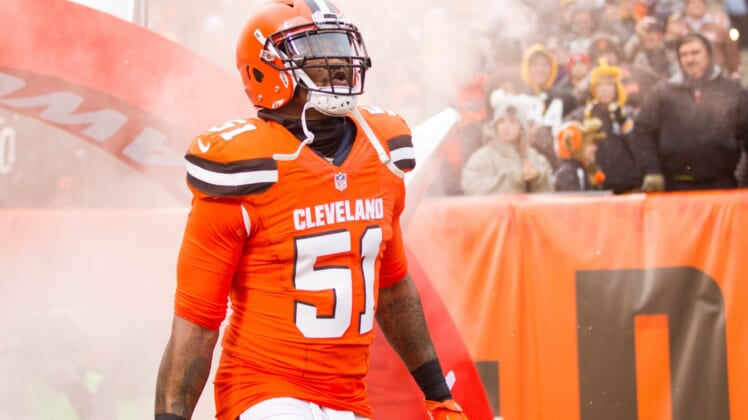 The Cleveland Browns traded for Jamie Collins a few years ago, and now they’re releasing the linebacker, who started all 16 games last year.

“We want to thank Jamie for his contributions to the Cleveland Browns,” said general manager John Dorsey, per the team website. “These types of decisions are never easy. Jamie is a respected veteran player in this league and we wish him the best as he continues his career.”

This news does not come as a surprise, however. There were reports just earlier this week that Cleveland would either trade, release, or ask Collins to take a pay cut to remain on the roster.

The Browns paid big money to Collins after trading for him, signing him to a four-year contract worth $50 million, including $26.4 million guaranteed at signing. He was set to make $11.75 million this year and will count $2.5 million against the cap.

So clearly, this was a huge cost-cutting move for the Browns, as they’ll save over $9 million in 2019.