Stanford turns to Tanner McKee in season opener vs. Colgate 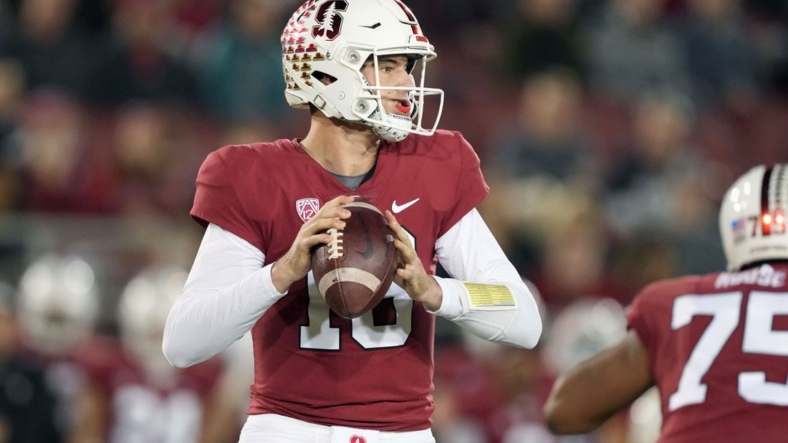 With three ranked opponents looming in their next five games, Stanford seeks momentum when it opens the season against visiting Colgate on Saturday in Palo Alto, Calif.

Colgate (5-6, 5-1 in Patriot League last season), an FBS program, will be venturing farther west than ever before — about 1,000 miles farther than when the Raiders suffered a 48-7 loss at Air Force in 2019 — when it meets Stanford for the first time in school history.

Colgate played just one Power 5 conference opponent last season and got swamped, 51-0, in the opener at Boston College.

The Raiders are led by sophomore quarterback Michael Brescia, who was so impressive in his first three collegiate starts late last year, he earned Patriot League Rookie of the Year honors.

Despite Brescia becoming the full-time starter, and the return of standout defensive lineman K2 Dickens and 35-catch senior receiver Garrett Oakey, the Raiders are projected to be a middle-of-the-pack team in the Patriot League this season.

“Everybody loves to be doubted,” he said. “It makes us hungry and gives us some drive to work harder to chase our goals. One of our favorite things to do is prove people wrong when they say something about us. We go out there, work hard, and try to get it done.”

Getting it done against Stanford (3-9, 2-7 in Pacific-12 Conference) and its All-American candidate quarterback, Tanner McKee, will be a tall task. Stanford hasn’t lost to an FBS team since getting upset 20-17 by U.C. Davis in 2005.

As it prepares to square off with the likes of Southern Cal, Oregon and Notre Dame in the first half of the season, Cardinal also returns a veteran offensive line and a potential star in tight end Ben Yurosek, prompting coach David Shaw to set high expectations for this year.

“We want to be one of the most dangerous teams in America — run and pass,” he claimed. “I believe we have the talent to do it.”