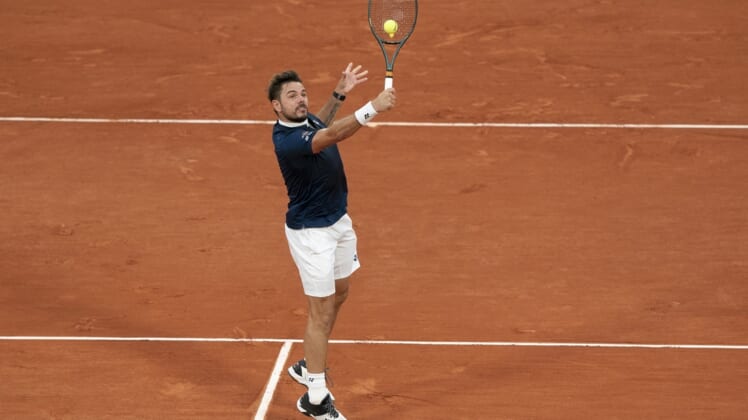 Kazakhstan’s Alexander Bublik defeated Switzerland’s Stan Wawrinka 3-6, 7-5, 6-2 Monday in the first round of the Monte Carlo Masters in Monaco, spoiling Wawrinka’s first competitive appearance in more than a year.

Wawrinka, 37, had not played on the ATP Tour since March 2021 due to a left foot injury. He underwent surgery and suffered a setback during his rehab, postponing his return until this week.

“I think the body’s getting much better,” Wawrinka said after the match Monday. “I’m still far away from where I want to be, but I think I’m (going in) the right direction. I think today was a positive match. It was a tough loss, of course, but I’m happy with the way I was playing today.

Wawrinka, who slipped to No. 236 in the world rankings after once being as high as No. 3, won four of the last five games of the first set to jump ahead of Bublik. Down 5-4 in the second set, he saved three Bublik set points and leveled the set 5-all before Bublik took over.

The four seeded players in action Monday all won, though three required a third set. No. 9 seed Jannik Sinner of Italy beat Croatia’s Borna Coric 6-3, 2-6, 6-3. Sinner stayed in the fight by saving seven of nine break points while winning 39 of 50 first-service points (78.0 percent).

“It was a tough match because first time on clay after quite a while, it’s never easy,” Sinner said. “So I’m very happy about my performance, even if it was not my best. I think at the end of the match I raised my level, which for me was important.”

No. 11 seed Hubert Hurkacz of Poland had a slightly easier time, winning 7-5, 6-4 over Bolivian Hugo Dellien.

In his debut at Monte Carlo, American Sebastian Korda took down Botic van de Zandschulp of the Netherlands 7-5, 6-4. Korda, the only American to play Monday, hit five aces and broke his opponent’s serve five times in seven opportunities.