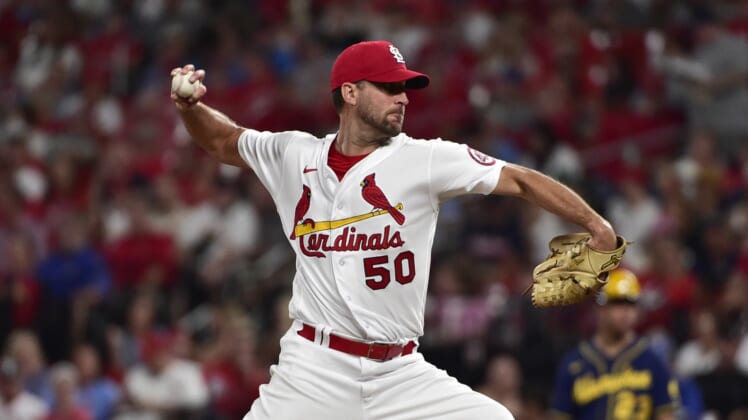 St. Louis 17-game winner Adam Wainwright will get the start in the Cardinals’ National League wild-card game on Wednesday.

Wainwright, 40, will take the mound with eight days of rest. The opponent for the Cardinals has yet to be determined, but St. Louis will play on the raod. The winner advances to the division series.

Wainwright last pitched Tuesday, earning the win against the Milwaukee Brewers. He went six innings, giving him 206 1/3 innings pitched this season. He is 17-7 with a 3.05 ERA in 32 starts. He won six straight decisions and 10 of his past 11.

The Cardinals (88-70) rallied to clinch the second wild-card spot on the strength of a 17-game winning streak. As it stands, the Los Angeles Dodgers would be the first wild-card team. The Dodgers enter play Thursday two games behind the San Francisco Giants in the NL West.

The Cardinals finish off the regular season this weekend against the Chicago Cubs in St. Louis.