St. Louis Blues’ Pavel Buchnevich to have hearing with NHL 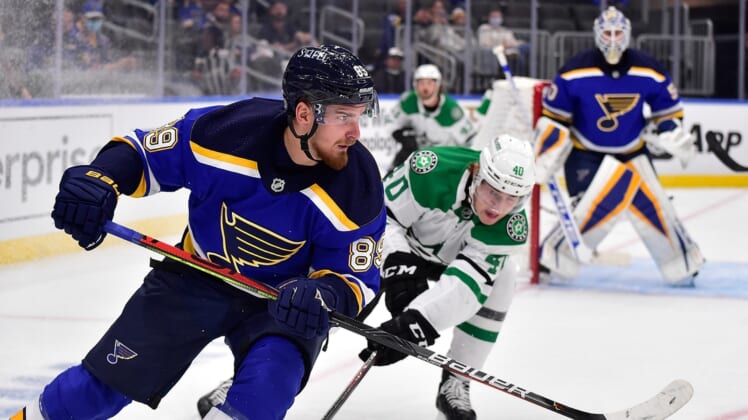 St. Louis Blues forward Pavel Buchnevich will have a hearing with the NHL Department of Player Safety on Tuesday.

Buchnevich received a match penalty after headbutting Arizona Coyotes forward Lawson Crouse late in the first period during the Blues’ 7-4 win on Monday in Glendale, Ariz. Crouse cross-checked Buchnevich twice before the latter responded with a headbutt as the two players were facing each other.

Crouse finished the game after serving a minor penalty for cross-checking Buchnevich.

Buchnevich, 26, scored his first goal of the season earlier in the first period on Monday. He also had an assist in St. Louis’ 5-3 victory over the Colorado Avalanche on Saturday.

Buchnevich was acquired from the New York Rangers on July 23 in exchange for forward Sammy Blais and a second-round pick in the 2022 NHL Draft. He agreed to a four-year, $23.2 million deal four days later.