The biennial men’s team competition pits golfers from the United States against an international squad representing the rest of the world, minus Europe.

Tiger Woods captained the U.S. squad to a 16-14 victory in 2019 in Melbourne, Australia, in the most recent edition. 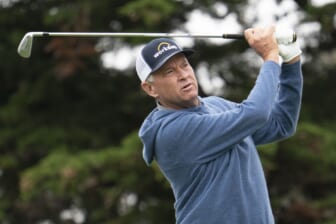 “St. Louis is a passionate and iconic sports town and one which embraces teams and events such as the Presidents Cup with tremendous enthusiasm,” PGA Tour commissioner Jay Monahan said in a news release. “The combination of St. Louis and Bellerive Country Club will make for a memorable experience for fans onsite and those watching around the world.”

Bellerive is the seventh different U.S. venue since the tournament’s inception in 1994. The course previously has hosted the 1965 US. Open and two PGA Championships (1992, 2018).

Other upcoming hosts include the Royal Montreal Golf Club (2024) and Medinah Country Club in Chicago (2026).