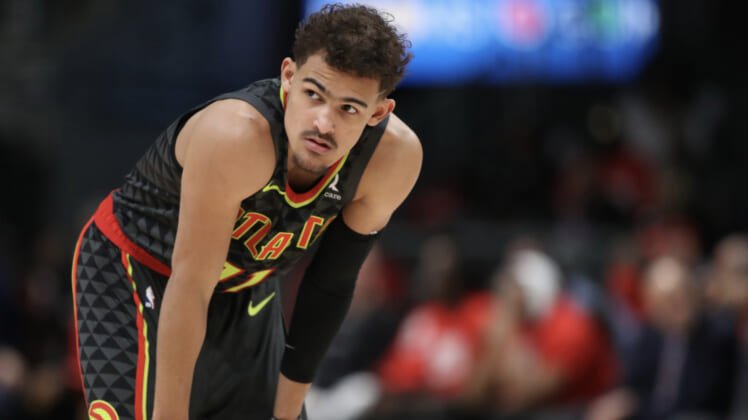 What Young has done in recent weeks is nothing short of extraordinary. The No. 5 overall pick is averaging 29.4 points and 9.3 assists while shooting 47 percent from distance over the past seven games.

Gregg Popovich and the San Antonio Spurs have the “pleasure” of going up against Young and his resurgent Hawks team Wednesday evening.

In the lead up to the game, Popovich had the most Pop answer to a question regarding Young that we’ve even seen.

"No. I saw him in college a little bit. I don't have to guard him. It's those guys' problem, not mine."

He’s pretty much saying it’s not on him. Instead, Young is going to be a problem for Bryn Forbes and Patty Mills.

For his part, Popovich knows full well what it’s like to go up against someone akin to Young. The rookie is an earlier-career version of Stephen Curry. That’s all sorts of scary.