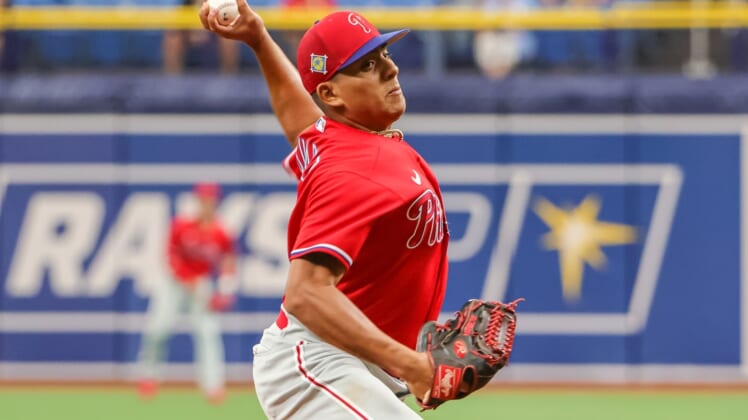 Bryce Harper smacked two homers and drove in four runs as the Philadelphia Phillies rolled to a 9-2 victory over the Tampa Bay Rays on Wednesday at St. Petersburg, Fla.

Harper concluded spring training with a .400 average in 35 at-bats and led the majors in both homers (eight) and RBIs (14).

The Rays had just three hits, all singles. Taylor Walls drove in a run in the fifth on a forceout and Ronny Simon had an RBI single in the ninth.

Both teams open the regular season on Friday. The Phillies host the Oakland Athletics, while the Rays host the Baltimore Orioles.