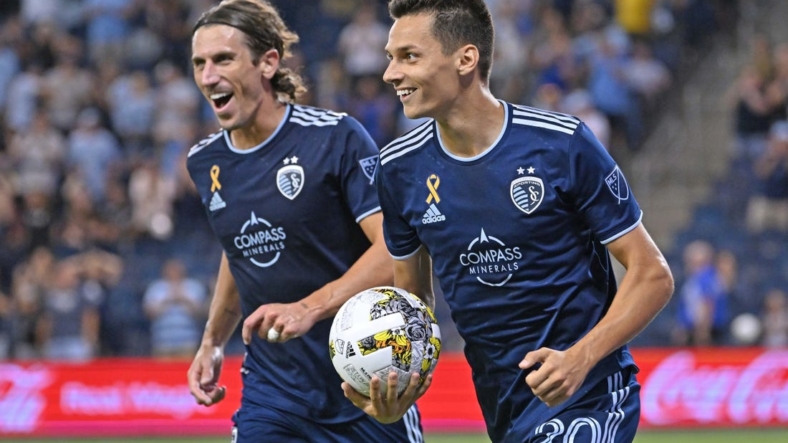 The formula is simple for Sporting Kansas City: Keep winning or the season is effectively done.

Sporting KC (9-15-7, 34 points) will host Minnesota United (13-12-6, 45 points) Saturday night needing to capture all three points in each of its remaining three matches, and then hope some other matches end the right way. If that doesn’t happen, the playoffs are out of consideration.

Minnesota is above the playoff line in the Western Conference, but the Loons hardly can take it easy, as they are bunched up with three other teams within three points of each other. Every point is important.

Sporting KC are riding a five-match unbeaten streak (3-0-2), but they’re in desperation mode.

“We are pushing to get the perfect result and hope for the best on the other games,” Sporting KC forward Daniel Salloi said Friday. “We are very focused on Minnesota.

“(This season) has been a challenge for pretty much everybody at this club. … But I’m super proud of this team and how we’ve been doing in these past games.”

After losing three straight matches and being outscored 7-0 in that span, Minnesota United played to a 1-1 draw against the Western Conference leaders, Los Angeles FC. Now their attention turns to “the friendliest rivalry in sports” against SKC. Head coach Adrian Heath knows it will be tough.

“It’s just never been easy for us in Kansas,” Heath said. “We managed to go there a couple of years ago in the playoffs and win 3-nil. Apart from that, we haven’t played well there, so it’s going to be an important game for us. … They’ve picked up a lot of points. It’s going to be tough but a game we can win if we play well.”

Kansas City and Minnesota met in Minneapolis in July, resulting in a 1-1 draw. Minnesota last visited Kansas City last September, with SKC cruising to a 4-0 victory. SKC are a perfect 6-0-0 against the Loons in regular-season meetings at Children’s Mercy Park.