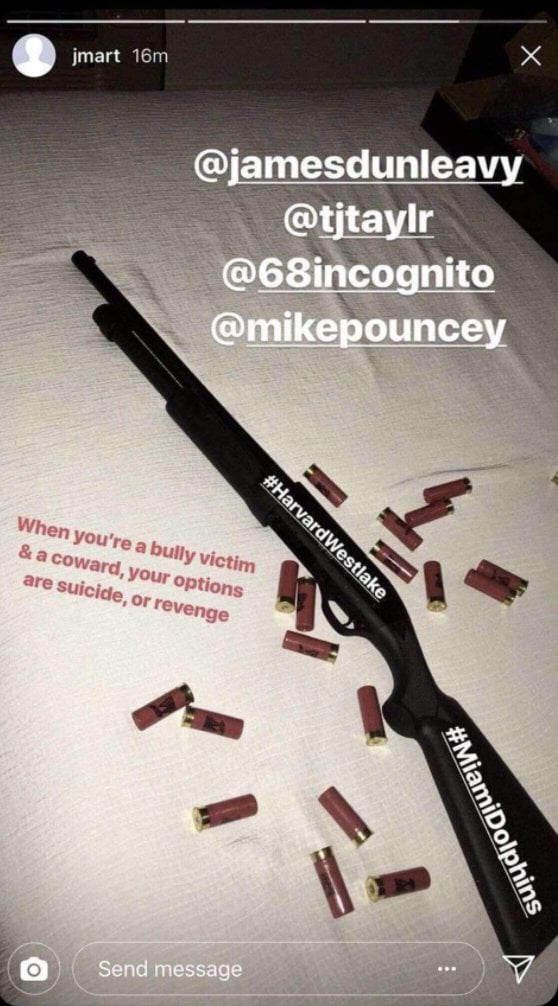 Displaying what appears to be a shotgun, Martin’s post is captioned “When you’re a bully victim and a coward, your options are suicide or revenge.” Martin is referencing the bullying scandal that plagued his former Miami Dolphins team back in 2013. He mentions the man responsible for the bullying, former teammate Richie Incognito, as well as current Dolphins offensive lineman Mike Pouncey.

This threat was taken so seriously that Harvard-Westlake shut down its campus on Friday. Martin graduated from the school back in 2006.

All of this comes on the heels of 17 people being killed in a mass shooting at a Florida high school last week.

We’ll definitely have further details on this story as more information comes out.