Sony Michel signs with the Miami Dolphins, giving the team another weapon 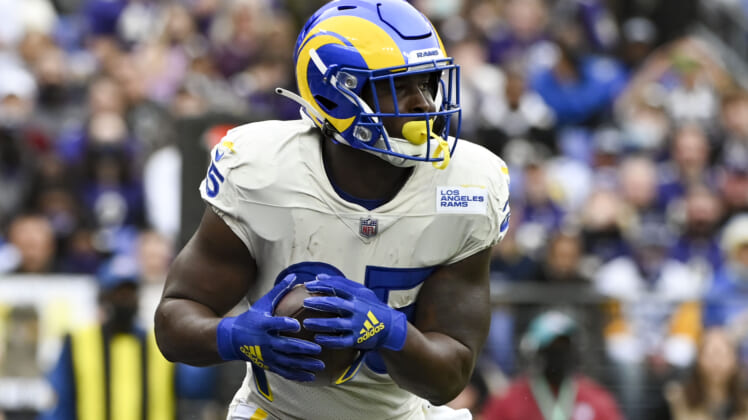 It was just a couple seasons back that Sony Michel put up his first and only 1,000-yard season as a member of the New England Patriots.

A former first-round pick, the Georgia product tallied 1,006 total yards and scored seven touchdowns while working with then-Patriots quarterback Tom Brady in the backfield back in 2019.

After a one-year hiatus from playing in the AFC East, Michel has returned to the division. According to multiple media reports, he is signing with the Miami Dolphins.

Michel, 27, spent last season with the eventual Super Bowl champion Los Angeles Rams — recording 845 rushing yards and four touchdowns at a clip of 4.1 yards per rush. He was acquired from New England ahead of the season due to injuries in the Rams’ backfield.

It was earlier this offseason that general manager Chris Grier got new head coach Mike McDaniel a sexy weapon on offense. That came in the form of a blockbuster trade for All-Pro wide receiver Tyreek Hill.

Miami has also added to its backfield big time this offseason as a way to help young quarterback Tua Tagovailoa improve under center. That included signing running backs Raheem Mostert and Chase Edmonds. There’s every reason to believe Michel will be in the thick of the competition during training camp and the preseason.

Michel now comes to a Dolphins team that boasts an innovative offensive-minded head coach in Mike McDaniel. As the San Francisco 49ers’ run-game coordinator and offensive coordinator over the past five seasons, he’s overseen some tremendous performances from little-known running backs.

That includes the aforementioned Raheem Mostert as well as rookie late-round pick Elijah Mitchell this past season.