Competing in the NFL takes mostly skill and talent, but in order to win consistently it also takes a bit of luck. Unfortunately, not every team coasts through the season as well as the New England Patriots do year in and year out.

Sometimes exasperating circumstances occur to derail teams’ best laid plans. We’ve seen some hard luck situations around the league this year, and some teams have been brutally stripped of talent by the never satiated injury bug.

On that note, these are the unluckiest NFL teams of 2016. 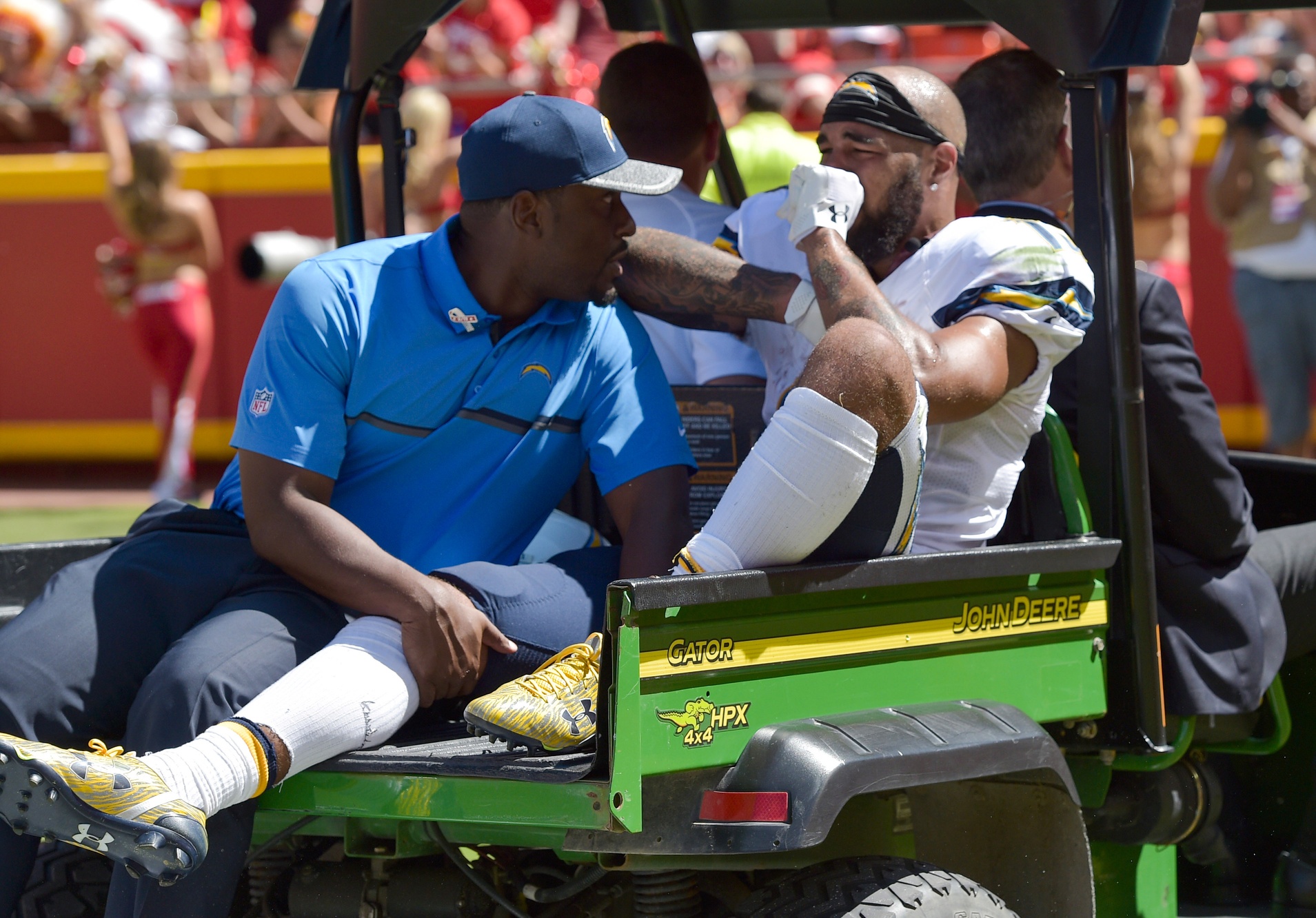 The Chargers are the official punching bag of the AFC West with only five wins. Unfortunately, they had issues prior to the start of the regular season.

It took Joey Bosa and the Chargers until August 29 for the pass rusher to finally agree to terms on his rookie contract. Once that was squared away, Bosa still missed his first four regular season games while he dealt with a hamstring injury.

Now, Bosa will be on concussion protocol after departing the game early in Week 14. And speaking of Week 14, star running back Melvin Gordon left the same game in the first quarter after he injured his hip.

Hopefully, Gordon’s injury is not one serious enough to see him miss additional games.

The Chargers have had more than their fair share of injuries. Way back at the beginning of the season, injuries forced the Chargers to place Danny Woodhead, Branden Oliver, Keenan Allen and Stevie Johnson on injured reserve.

Quarterback Philip Rivers is clearly reeling from the effects of his broken team. In order to compensate, he has thrown for the fourth-most passing yards. Sadly, he has tossed 17 interceptions along the way and turned the ball over a stunning five times in Week 14.

The team is in utter chaos. And, it should be looking forward to some much-needed R and R once 2016 concludes, not to mention a new head coach.

The Vikings had so much hope early in the preseason. That was until third-year quarterback Teddy Bridgewater sustained a ghastly, season-ending (and potentially career-ending) knee injury. The injury happened just prior to the start of the regular season. Bridgewater underwent surgery to repair multiple ligaments and is still rehabbing.

In desperation mode, the Vikings traded for Sam Bradford. Not long after that, veteran running back Adrian Peterson injured his knee. He has since resumed practice, but has not officially been on the field since September. On top of that, the Vikings offensive line is a disaster zone. Both Andre Smith and Matt Kalil are notable injuries there.

With so much upheaval, it’s no surprise that Minnesota’s offense ranks 31st in the league. If that is not terrible enough, the Vikings cut former kicker Blair Walsh after he missed one too many critical field goals and extra points. But realistically speaking, should a kicker really have to shoulder the responsibility of the entire offense’s lack of ability to score?

The defense is fortunately keeping the team somewhat pieced together. That said, the Vikings have lost six out of their last eight. This is a telling sign that the team might not last long should it reach the postseason — an unlikely outcome at this point.

First-year head coach Doug Pederson and his Eagles started out hot. Philadelphia was one of the few teams to actually win all four games of the preseason. This was followed by three wins in a row once the regular season kicked off.

Unfortunately, the team is still hot, but in more of a dumpster fire sort of way.

Sadly, the Eagles have won only two of their last 10 contests. Rookie quarterback Carson Wentz was thrust into a starting role he was not prepared for. He is doing an admirable job. But, Wentz is clearly receiving an old-fashioned rookie initiation having endured 30 sacks.

Adding to this, the Eagles feature a receiving corps prone to drops. And, they have a revolving-door running back committee often dealing with injuries. To keep competitive, Wentz is attempting an average of 38.3 passes per game. This is far too many for a rookie passer and prized first-round draft pick.

On defense, the team is getting smoked by some of the league’s heavy-passing quarterbacks. And as a whole, Philly’s defense has lately rolled over and played dead, after giving up 106 points in its last four games.

At this rate, the Eagles appear destined to finish at the bottom of the NFC East, missing the playoff boat. 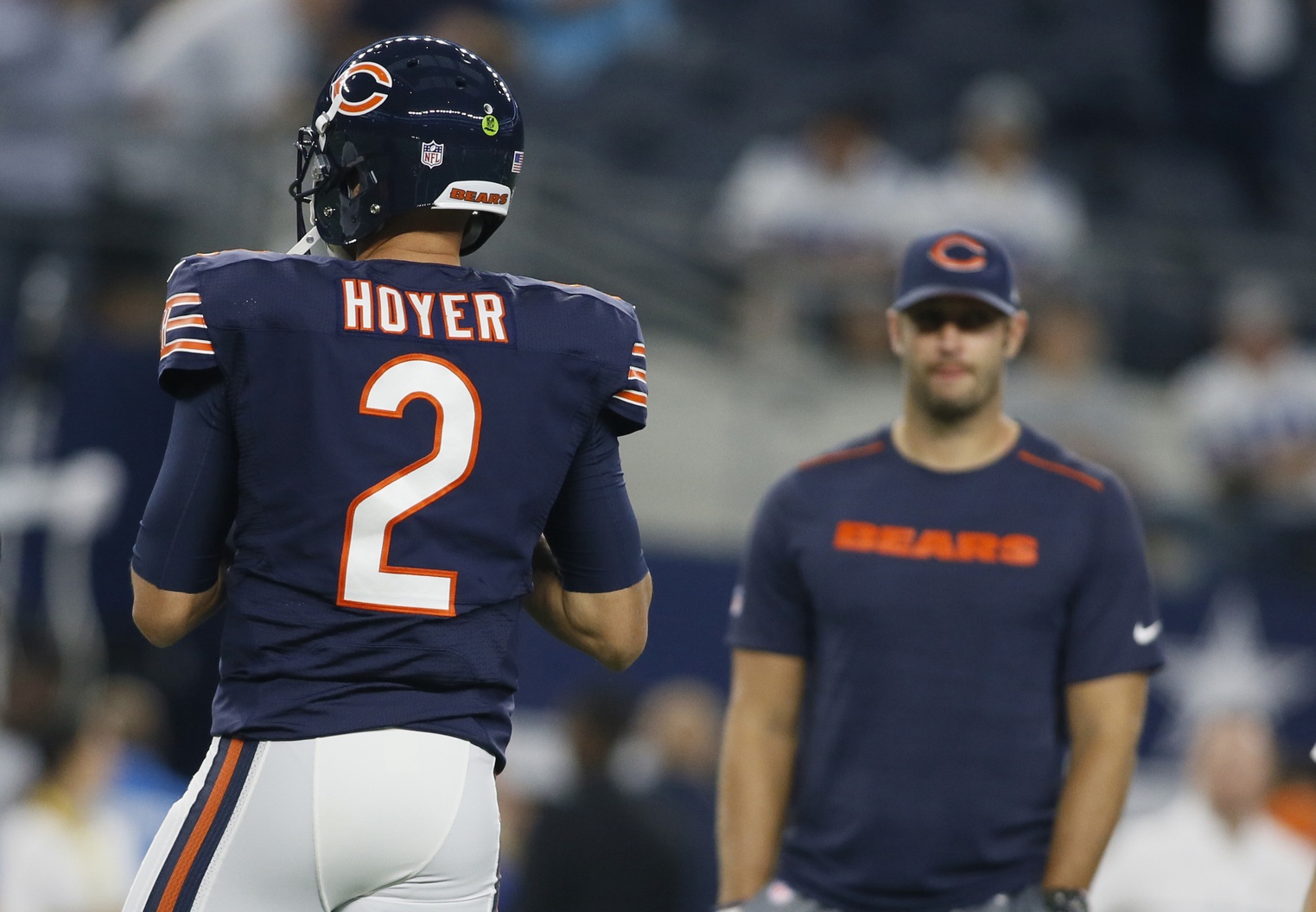 The end of 2016 can’t come quick enough for the banged up Bears team. This is a team that lost both its starting and backup quarterbacks in Jay Cutler and Brian Hoyer for the season. Matt Barkley has since been holding down the fort.

In addition to the quarterback injuries, center Hroniss Grasu tore his ACL prior to the start of the season. Then, the team’s 2015 first-round draft pick, Keven White, sustained yet another season-ending leg injury early on. More recently, guard Kyle Long injured his ankle, finishing up his year early as well.

Additionally, the team’s star receiver, Alshon Jeffery, received a four-game suspension for his alleged use of PED’s back in November.

Unfortunately, the Bears are just as dinged up on defense. Cornerback Kyle Fuller, the team’s first-round pick from 2014, has yet to play this season. Defensive end Lamarr Houston landed on IR back in September and Danny Trevathan was lost to a ruptured patellar tendon.

Chicago unsurprisingly sports a lowly 3-10 record. The upside here is the Bears can officially hibernate for the rest of the winter after they endure just three more games.

Any team in the AFC East is unfortunately tasked with the challenge of topping the New England Patriots. Granted, the Dolphins are putting up their best effort and have lost only once since Week 6. Unfortunately, they may have lost their starting quarterback.

Ryan Tannehill suffered a sprained ACL and MCL in his Week 14 performance against the Arizona Cardinals. He departed the game in the fourth quarter and the Dolphins squeaked by with a 26-23 win. Sadly, this is the last thing the Dolphins need sitting at second place (8-5) in the division.

Miami currently is the seventh seed in the hunt for the playoffs — a tourney the Dolphins have not participated in since 2008.

Before the injury, Tannehill had been having his best season to date. He was completing a career-high 67.1 percent of his passes, which was a vast improvement compared to last season’s 61.9 percent completion rate. Matt Moore will fill in for Tannehill in the meantime.

Whether the Dolphins can continue to perform at the same level and seize a postseason berth will be seen soon enough. But if they do, they’ll have overcome some serious obstacles in the process. 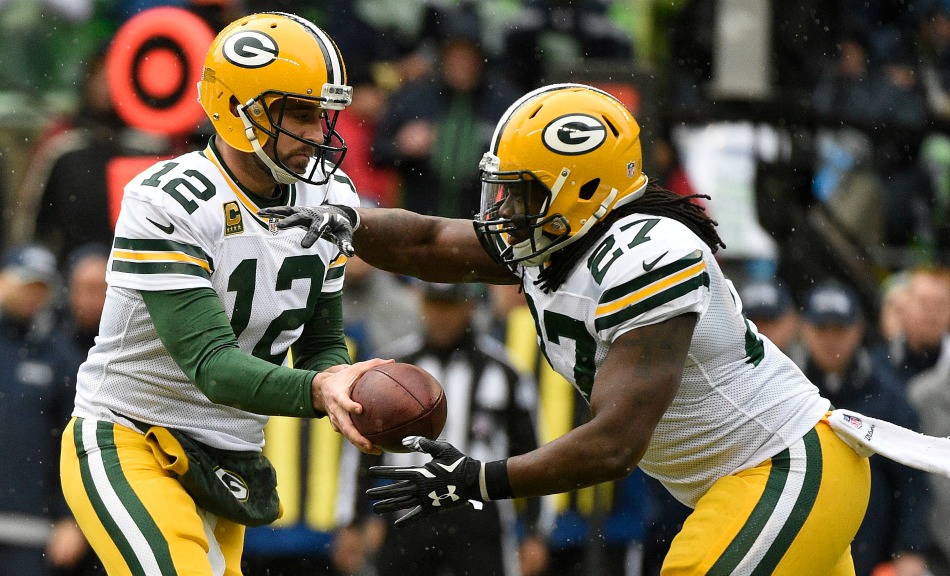 The Packers had the easiest NFL schedule heading into the season. They should have tallied more than the seven wins by this point in the season.

Instead, Green Bay is attempting to salvage its injury-riddled season. The team is fighting for a Wild Card playoff slot, seeded ninth behind the Vikings. Meanwhile, the Detroit Lions have a slick two-game lead atop the NFC North.

The biggest injury blow to the Packers offense came when running back Eddie Lacy injured his ankle back in mid-October. He has since been placed on season-ending IR after undergoing surgery.

Making matters even worse, backup James Starks also got injured and missed several games during Lacy’s absence. This forced the team to rely on a myriad of lesser-experienced backs. Wideout Ty Montgomery helped fill the void while quarterback Aaron Rodgers actually led the team in rushing. Rodgers is currently dinged up as well as a result of having to put his body at extra risk.

On defense, multiple injuries to the Packers secondary and to linebacker Clay Matthews have occurred.

The Packers still have a shot at seeing the postseason. But some ugly losses throughout the course of 2016 unfortunately impacted their standing.