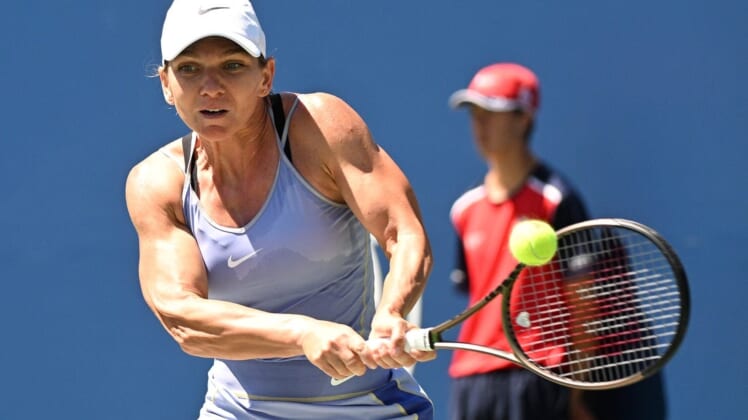 Romania’s Simona Halep is in position to win her 24th career WTA title after rallying for a 2-6, 6-3, 6-4 victory over seventh-seeded Jessica Pegula in the semifinals of the National Bank Open in Toronto on Saturday.

The 15th-seeded Halep turned her play up several notches after losing the opening set. She will be seeking her third career win in the event (formerly known as Rogers Cup) as well as her ninth WTA 1000-level title.

Halep, a two-time Grand Slam champion, will face Beatriz Haddad Maia of Brazil in the final. Haddad Maia registered a 6-4, 7-6 (7) win over 14th-seeded Karolina Pliskova of the Czech Republic.

“She’s a very good player so it was a big challenge for me to give my best,” Halep said of Pegula. “I fought until the end and I’m really pleased how I played today.”

Pegula was the stronger player in the first set before Halep changed her strategy and won four of the first five games of the second set.

“I changed a little bit the tactics,” Halep said. “In the first set, it was a little bit too fast. She was hitting super strong and I didn’t feel the rhythm. Then I just calmed down and I tried to just push her back a little bit more.”

Pegula was ahead 2-1 in the third set before Halep established control by winning the next four games en route to reaching her 42nd career final.

Halep previously won the event title in 2016 and 2018, years when the women’s portion of the tournament was held in Montreal.

Haddad Maia won five of the first six games of the match en route to winning the opening set.

Pliskova turned things around by winning the first three games of the second set and later held a 5-2 lead. However, Haddad Maia won the next three games to tie it up and eventually forced the tiebreak.

Pliskova had set point during the tiebreak before Haddad Maia won the final three points to close out a match that took 2 hours, 2 minutes.

Halep has won two of the previous three meetings against Haddad Maia, though the Brazilian captured their latest matchup on grass in Birmingham, England, in June.