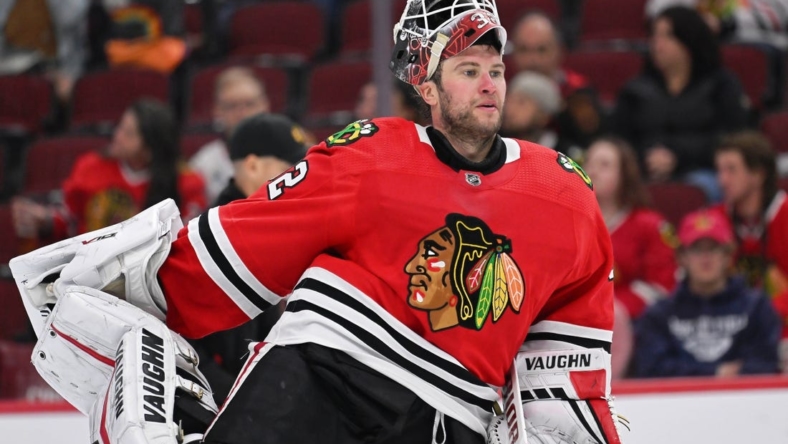 The deal carries a $750,000 salary cap hit and comes with goalies Petr Mrazek (groin) and Alex Stalock (concussion) both dealing with injuries. Mrazek is on injured reserve and Stalock is in the concussion protocol.

Rookie netminder Arvid Soderblom entered Tuesday night’s game against the Islanders after Stalock was knocked into the goalpost by New York forward Casey Cizikas just 2:56 into the game.

Stalock remained sprawled on the ice for several minutes before skating to the bench. Cizikas was fined $5,000 for goalie interference on Wednesday.

Wells, 24, has played in three games this season with the Rockford IceHogs of the American Hockey League, going 1-1-0 with a 4.27 goals-against average and an .862 save percentage.

Originally a fifth-round pick by the Edmonton Oilers in 2016, Wells was traded to the Carolina Hurricanes in July 2021.