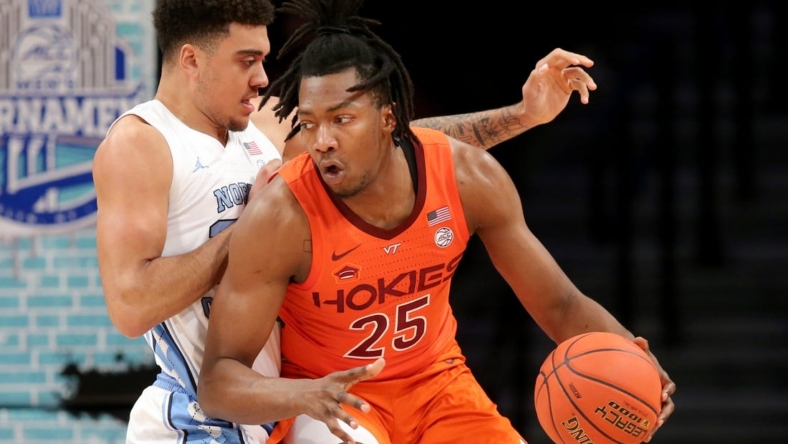 Monday brings a significantly tougher opener for the Hornets as they travel to Blacksburg, Va., to take on Virginia Tech, the defending Atlantic Coast Conference tournament champion.

What’s the best advice for the Hornets of the Mid-Eastern Athletic Conference, who lost their final 24 games last year?

Virginia Tech returns its three most accurate shooters from last year’s team that ranked No. 3 in Division I with a 3-point success rate of 39.2 percent. The marksmen are Darius Maddox (50.6 percent), Sean Pedulla (44.7 percent) and Hunter Cattoor (41.7 percent).

The trio combined for 157 3-pointers last year and that number should grow as Maddox and Pedulla figure to play larger roles this year.

“I’m as excited about this team’s potential and prospects as I’ve ever been,” said fourth-year coach Mike Young. “You always hope there are other talented players coming through the ranks and I think that’s where we are with this team.”

Adding length are 6-9 transfers Grant Basile, who averaged 18.4 points and 8.5 rebounds at Wright State, and Mylyjael Poteat, who contributed 7.7 points and 4.2 rebounds at Rice. John Camden, a 6-8 wing, was highly touted before his injury-marred freshman year at Memphis.

Freshman Rodney Rice, a product of national power DeMatha, could start immediately in the backcourt.

Also bringing size to the backcourt are 6-6 Jevin Muniz and 6-5 Aaron Lemon-Warren, both incoming freshmen.

“We’ve got some new guys mixing in with older guys who have transferred in, so there’s a nice blend to go with the returning guys and will hopefully provide a nice nucleus for us,” Waterman said.